If you played in the majors for a single year, would you rather star for Kansas City or back up third base for the 1927 Yankees? Today's #5 features a man who saw that dream New York season first-hand, even if mostly from the bench. 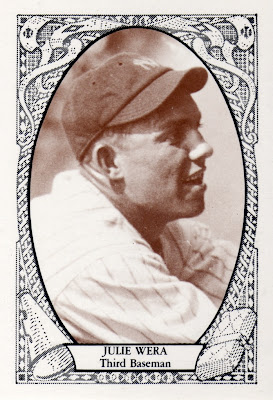 Card front
Julie Wera batted 44 times for Murderer's Row and hit his single career homer into the Yankee Stadium bleachers as a mid-game sub on the 4th of July (box score thus). The Bronx Bombers killed Washington's Senators 21-1 that afternoon, one national holiday our capitol city would sooner forget. 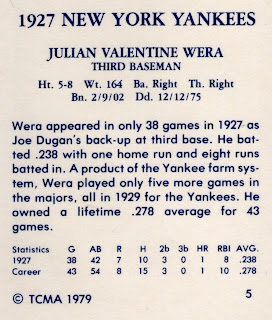 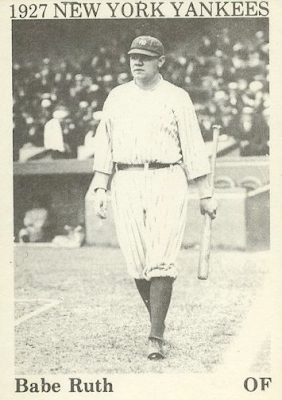