Hunting for vintage minor league singles is tricky for modern collectors. No man is an island, and as with Manuel Lunar, it's the guys around you that make the difference. 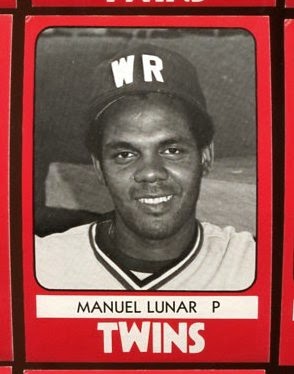 The story of Manuel Lunar the Pitcher is straight-forward: he spent 3 years in Rookie League and single-A ball, walking more guys than he struck out and compiling a 8.78 ERA in 82 innings (career stats). In any 1980s major league set, he'd be easy to find for a nickel.

The story of Manuel Lunar the #5 Baseball Card is complicated by being teammates with these guys.

Almost any Twins fan would love to add the Olivo / Gaetti / Hrbek trio to their collection. Demand remains high enough for this team set that finding Manuel Lunar would mean ponying up $70+ for all 27 Rapids pictured by TCMA that year.

It stands out (in bold) that Gary Gaetti and Kent Hrbek were the only two from 1980's squad to reach the majors. Gaetti went on play for 20 years and Kent posted a 128 career OPS+. There was also this play:

Value: Singles could cost a few dollars, but rarely separate from their pricier team; as of this post, there's a set on eBay for $75.

Fakes / reprints: TCMA reprinted several teams with stars (which might've included Gaetti and Hrbek) as "Collectors Kits" in the late 1980s. Those have black ink backs and originals have blue ink backs.
Posted by Matthew Glidden No comments: 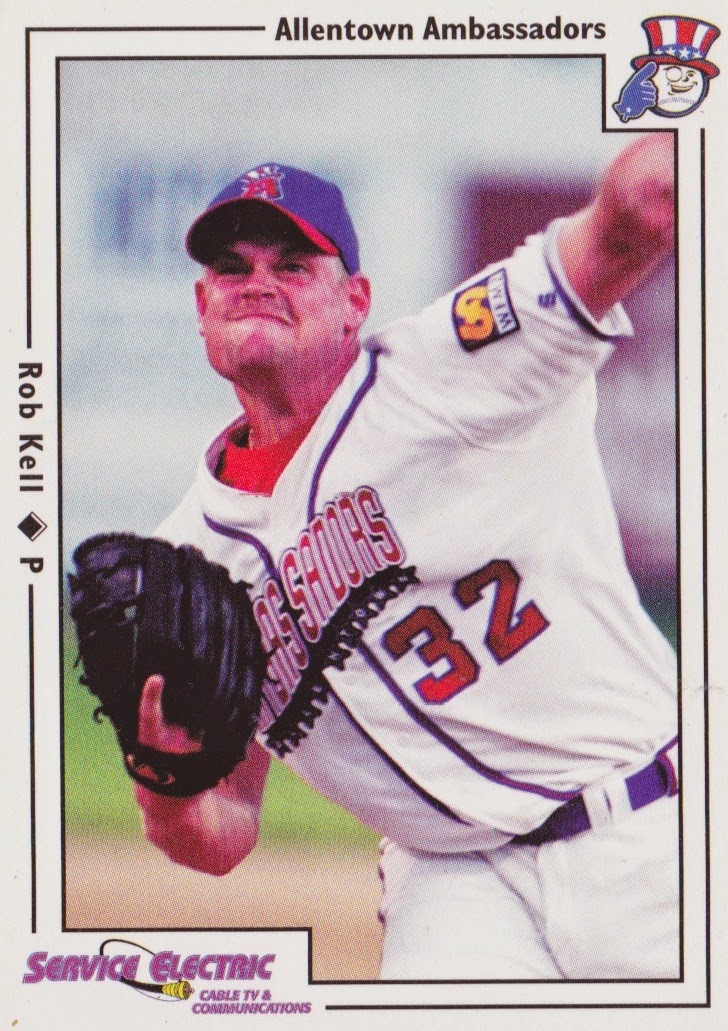 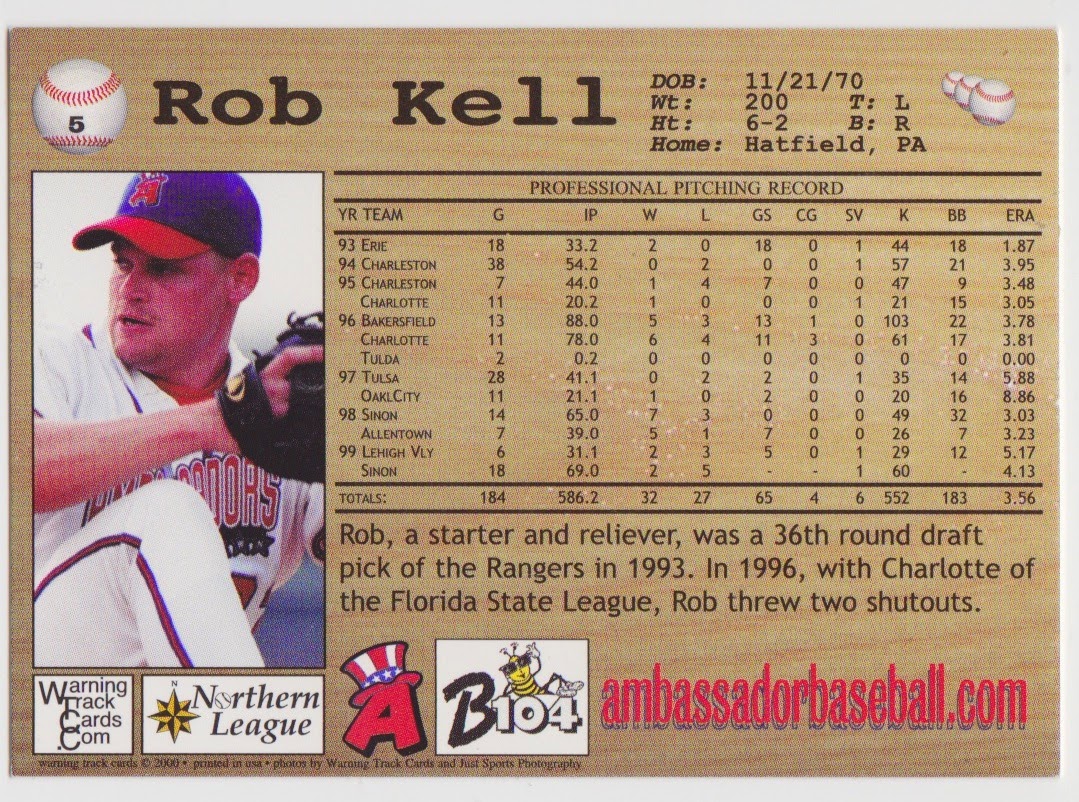 This #5 card of Rob Kell comes officially from the 2000 Allentown Ambassadors team set by Warning Track Cards. While not a source of notable stars, Allentown's franchise does feature one of my favorite mascots, Uncle Baseball.

It must've been tempting to use baseball jargon and go "Uncle Charlie" here, so I admire their restraint and those striped pants.

Rob Kell hung up his pro spikes after 2000 and the Ambassadors folded prior to 2004, following years of dropping attendance. Their highest-attended event was, in fact, John Mayer's post-game concert in 2003, a curious "achievement" given the state's long baseball history. I prefer to remember PA for its more workmanlike performers. 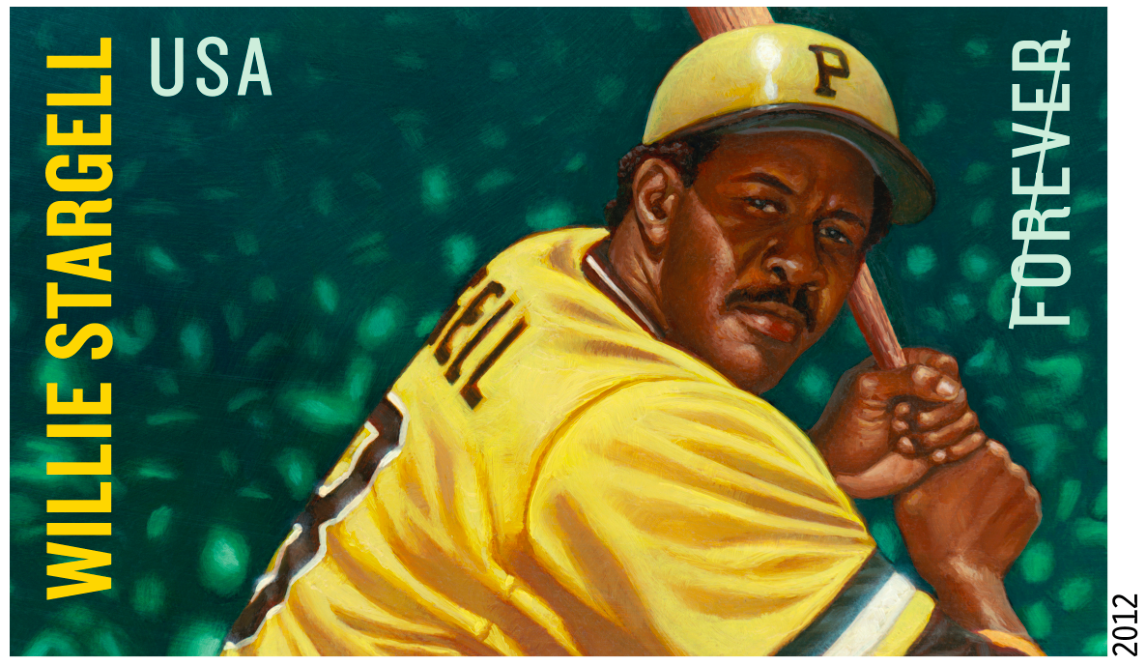 Hat tip to Billy Joel fans who followed my earlier lyrical hacks; here's an "Allentown" original for you.

I have complicated emotions surrounding Luke Wrenn, former OF farmhand and longtime scout for the Boston Red Sox. 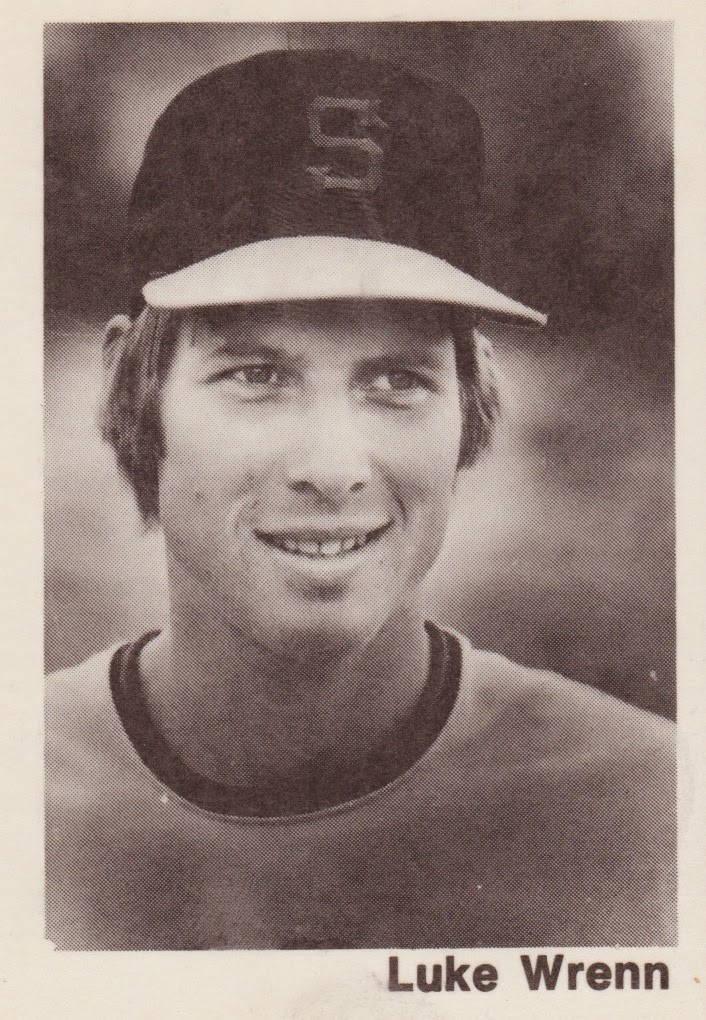 On the upside, Wrenn sent several talented players to MLB success, including Tino Martinez, Mike Hampton, and more. His scouting work "stars" in the article, Can we tell a good scout from a bad one? (via SonOfSamHorn.net).


If you like those celebrations of scouting, Rob Neyer also included Luke's evaluation of David Eckstein in Eight scouting reports that really nailed it. 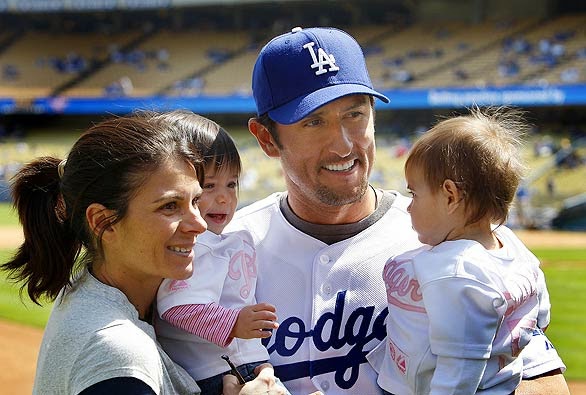 One of the names on Wrenn's Boston scout resume: Nomar Garciaparra. Most fans know No-mah's long, successful career for the Red Sox, Cubs, and Dodgers. Along the way, he met and married Mia Hamm, pictured with their twin daughters. 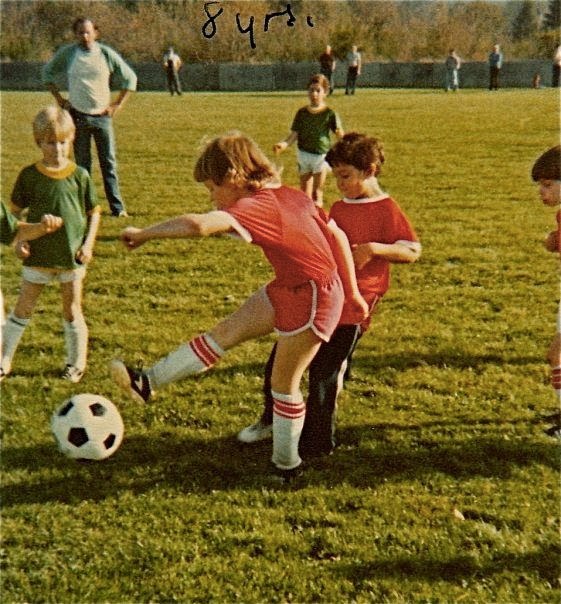 So why the emotional conflict? I was this 8 year-old soccer forward in 1980, about the same time 8 year-old Mia took up the game in Italy, where her military father and their family was stationed.

I continued to play through my teens, as did she. Mia proved so good, she made the USA women's national team at age 15 and helped them win the World Cup at age 19, the first of her several trips to the Cup.


I remained active in soccer and continued to moon after Mia for........ever.  Still play. Still moon. Still wish Mia and I had to run into each other at a shopping mall or fundraising event. Still wish Nomar had picked another line of work. 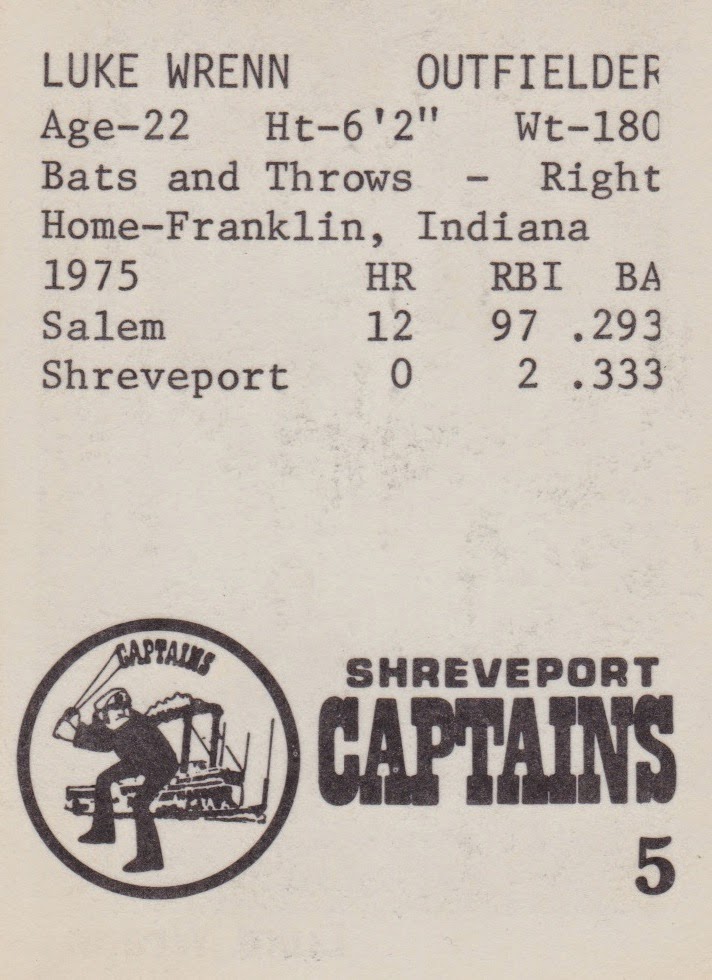 And I know I'm not the only member of the mooning-after-Mia generation. My younger brother asked why I was writing about Nomar and I said it was because this scout had found him for Boston, later enabling him to star on the national stage and get married to Mia Hamm.

His response: "Oh yeah, heck with that guy."

Value: Mia is a national treasure.

Fakes / reprints: There can be only one.
Posted by Matthew Glidden No comments: