The story so far

My past posts about the Universal Toy & Novelty Company covered their ten-card strips of boxers and American presidents. 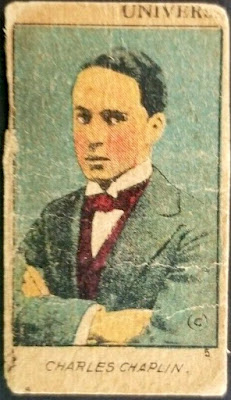 Its checklist includes Hollywood legends like Fairbanks and Pickford, who were married to each other from 1920-36.

As with Universal's boxers and presidents, some actor strips include UNIVERSAL "MOVIE MATCHING CARDS" SERIES 2 text across Chaplin, #6 June Caprice, and #7 George Walsh.

A text variation shifts its header text to the left, starting UNIVERSAL on #4 Pearl White and placing "MOVIE over Chaplin. These text variations prove somewhat harder to find than cards without header text. 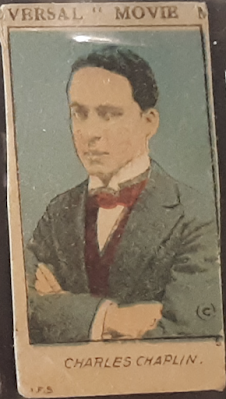 Note how SGC used "C(irca) 1919 W-UNC" on this flip, which implies the submitter and SGC each failed to nail down a year or manufacturer. 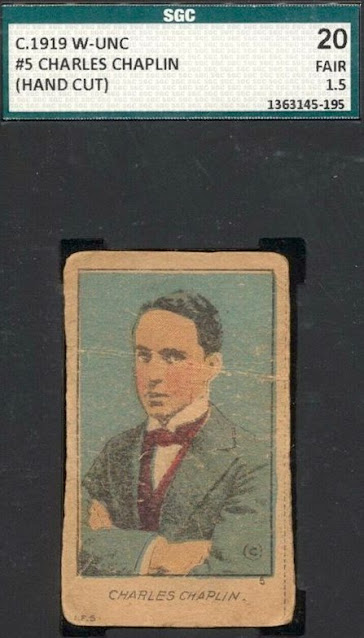