Continuing down the Universal trail

Presidents Day 2021 is an ideal time to look at one subset of Universal Toy & Novelty's strip cards from a full century ago: the presidents. Let's also talk about a complicated character in this photo...

...our 29th Commander-in-Chief, Warren G. Harding. Cobb can take the day off.

What we're talking about when we talk about presidents

Universal's presidential strip cards are a subset of what's catalogued W563. While "100 years ago" represents a huge jump in terms of collecting history, that same amount of time lops off just 17 Presidents. Harding himself took office on March 4, 1921, before we changed to January inaugurations. 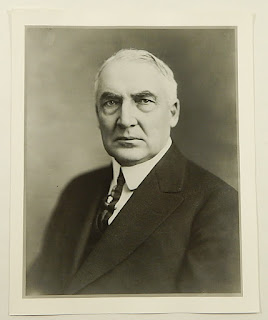 Despite Warren's lectern demeanor, Americans thought well of Ohio's former Senator during his lifetime. According to this 1992 set of Presidents, he knew baseball in detail and even owned a minor league team. Seems like an OK guy so far. 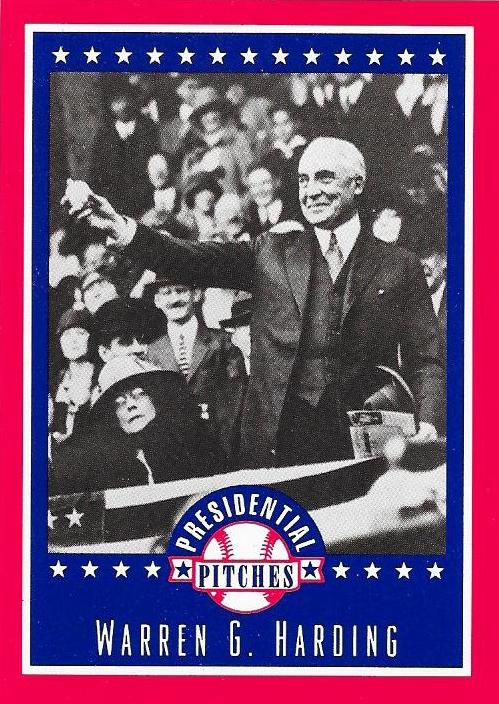 Universal released a strip of ten President cards in mid-1921 and their "© Copyright 1921" text straddles the outgoing Woodrow Wilson and incoming Harding. This nails down our issue date twice. 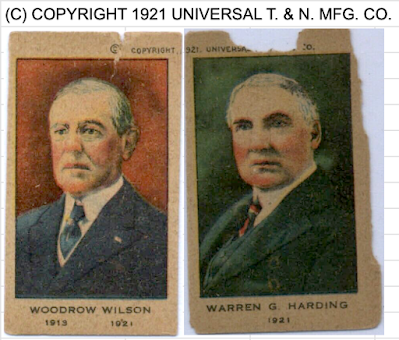 Universal printed this 1921 copyright date on just two other strips, a series of Boy Scout activities and scenes from Charlie Chaplin's movie "The Kid." (I'll profile those sets in future posts.) 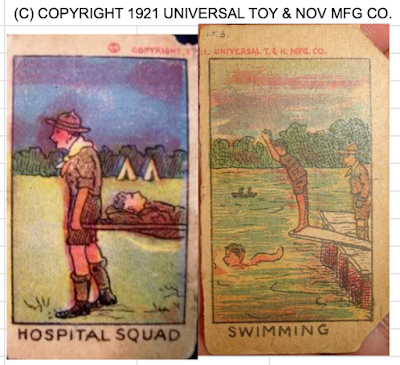 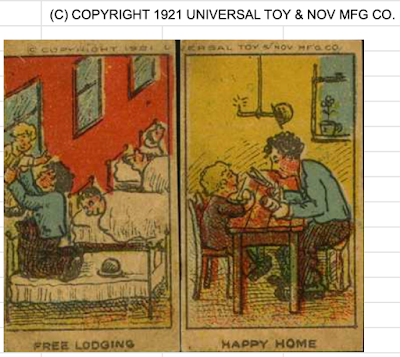 Other subsets in this style, like W516-1 baseball and W529-1 boxing, omit any date. That implies Universal needed to enforce a design copyright or defend against similar claims from competitors by 1921. Either way, their company name appeared along the middle of each strip.

The ten Presidents that Universal chose say something about how people viewed history in 1921. I'll do my best to find commonalities and link to more info, accepting that my handful of sentences oversimplifies these presidents into tiny dots on a huge American canvas.

George Washington and Thomas Jefferson
These two loom over other Founding Fathers, thanks in part to how much territory they added to America itself. Washington's roles as military leader and our first President represent a meaningful chunk of high school history on their own. Jefferson also bridged the pre- and post-colonial eras as international statesman and negotiator of the Louisiana Purchase. 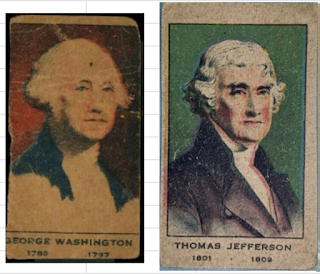 Washington and Jefferson's fierce differences regarding federal power (see the Whiskey Rebellion) make them tough to unite under a single philosophical banner. I was surprised to learn the phrase "Founding Fathers" came from Warren Harding himself. He grouped these venerated men together, in part, to position them against government actions he opposed, including entry into the League of Nations. While I doubt he expected "Founding Fathers" to become a permanent part of our lexicon, modern politicians continue to use our earliest leaders as a way to argue for any number of ideas.
Andrew Jackson
Avoid confusing our seventh president with Confederate General Stonewall Jackson and Lincoln's successor Andrew Johnson. (I sure have, on multiple occasions.) 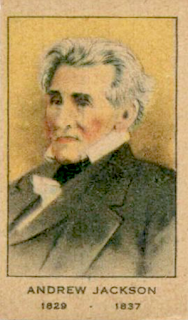 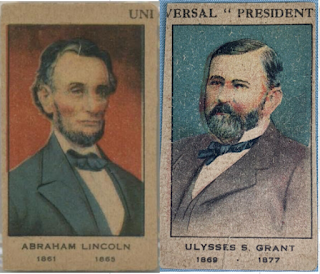 The presence of Lincoln and Grant hints at how big the Civil War remained in America's 20th century consciousness. I won't try to tell you anything new about Honest Abe. Grant's own reputation among modern historians, on the other hand, grew as biographers published new assessments of his military and presidential achievements.
McKinley, Roosevelt, and Taft 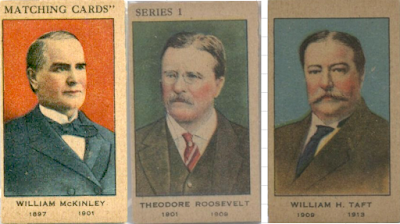 While I believe Teddy Roosevelt's best-remembered of these three, Taft deserves a better reputation than his reputed bathtub misadventures. Eight years after leaving the presidency, he became Chief Justice of the Supreme Court, as nominated, in 1921, by Warren G. Harding. Even bad presidents possess great influence!

Before I forget to say so, Harding's administration ranks as one of America's worst. His own drinking habits and multiple infidelities paralleled corruption throughout the cabinet. You can spend several minutes just reading Wikipedia's summary of its scandals. Had Warren not died mid-term in 1923, he risked a public fall from grace soon after.

Every era of card-making produced sets with politicians and presidents, so it makes sense Universal would do the same. Based on cards available in the hobby today, they ranked behind baseball and boxing in popularity with 1920s collectors, similar to the scarcity of Hollywood actors.

I have a keen interest in strip card variety and look for hints wherever I can find them. Miscuts from presidential strips prove at least one multi-subject print layout existed. This one shows a sliver of W563 Warren Harding above W516 baseball's George Burns. 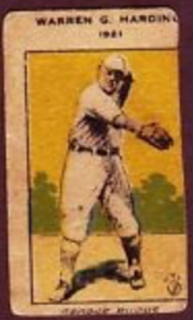 Another layout put them above W529 boxers.

Note that I used W516/W529/W563 catalog numbers instead of Universal Toy & Novelty in that context, since these miscuts lack clear connection with Universal's strip cards. An ideal example would show at least two different subjects and Universal's title text, something like this pasteup. 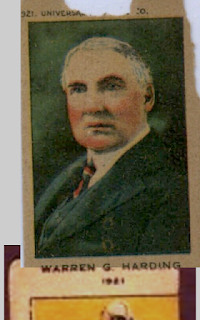 Until something with title text and multiple subjects appears, remember that Universal's cards represent a subset of similar strips. Some collectors and dealers consider them variations.

If a company printed a new strip of just ten presidents today, I bet at least half of these 1921 cards would flip to different guys, like FDR or Eisenhower.
Who's next
I skipped over Universal's Hollywood cards to talk about presidents, so will cover those two strips of actors next time.
Value: Individual presidents in low-grade cost $5-20, depending who you look for. In our current hot market for collecting, I'd expect to pay $10 or more.
Fakes/reprints: The thin paper and clumsy printing seen on many 1920s strip cards makes them easier to fake than other sets. Counterfeits might exist, so I recommend sticking to cheaper cards for a type set and working with dealers you trust.
Posted by Matthew Glidden 3 comments: