Poll: Would you pick up this card?

Long ago--we're talking the 1980s--I read an article about collecting different grades, probably in Beckett or another magazine from that era. It covered cards rated mid- and high-grade, meaning excellent (EX) on up to mint (MT), but didn't really address VG and below, which is in my wheelhouse, being both cheaper and easier to find than low-population PSA 9 players. (More power to folks with enough money and patience to work in that stratosphere.)

This selfsame article included one low-grade sidebar question: Would you pick this card off the ground in a public place and keep it? It pictured a poor-condition 1954 Topps Whitey Ford and readers could "choose"  from provided answers like "No, leave it to the proles," "Yeah, he's a Hall of Famer," and "Sure, any card is a good card." (Or something like that.) 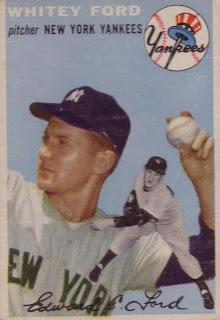 Much better shape than the original poll
I bet any 21st century collector would fish Whitey out of the gutter, so let's update this question a bit. Which of these guys would you grab off the floor, even when stepped-on-and-creased-all-over? In other words, does a card's condition trump its age or star power? (Voting in sidebar at right.) 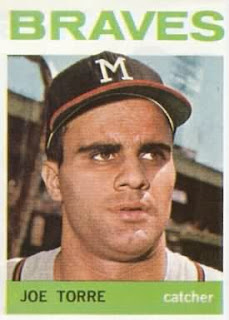 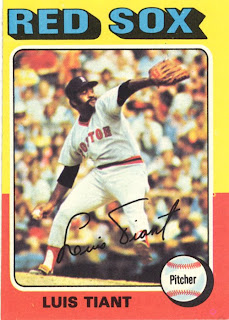 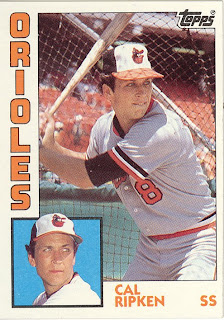 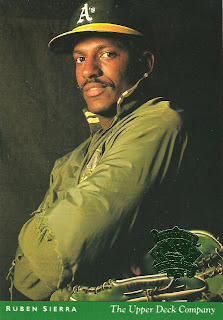 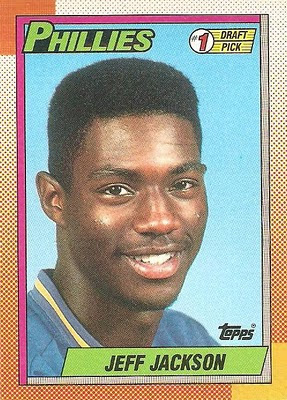 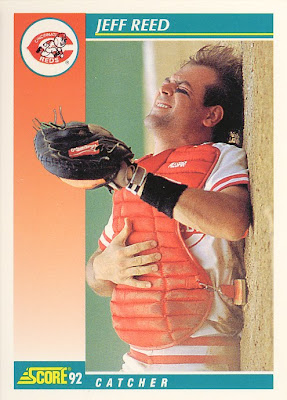 They're all nice cards. Why wouldn't I pick them up?

shoot, I'd pick up a creased Tim Teufel Mets card, even. at the very least, I can send it to someone else as a joke or something. pretty much ever card has SOME kind of value to somebody

Hell yes! I would pick them all up. Cards are cards, no matter where you get them.

I think you needed to display a few 1991 Donruss in there -- that's about the only thing that I think would make even the least picky collector hesitate.

Good point, Night Owl. I added a couple of early 90s cards for that "overproduced" flavor. They're not in the voting list (Blogger "locks" polls once underway), but people can say whether they'd pick up Jeff #1 or Jeff #2.