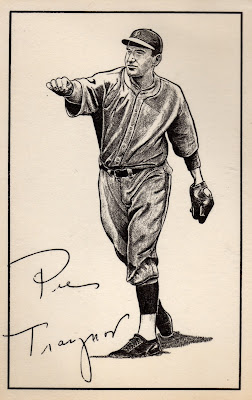 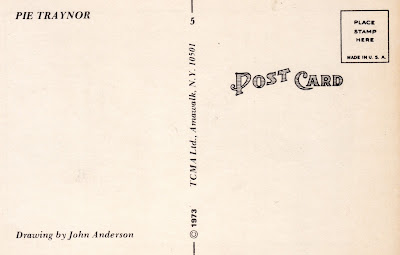 Card back
Many consider Pie Traynor history's greatest third baseman and SABR placed him at #70 on their all-time top 100. He recently reappeared on the US Post Office's baseball series as part of their All-Century Team. 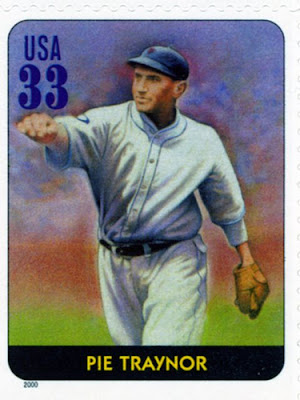 Value: I picked up this TCMA #5 for $6 on eBay. All 12 cards in the set feature HOFers, but demand and prices remain low.

Fakes / reprints: Doubt anyone faked this set--just make sure not to confuse the drawn autograph for a real one.
Posted by Matthew Glidden

I've always read that TCMA stood for the two owners of the company, Tom Collier and Mike Aronstein.

Yeah, it's a combo of both their names and The Card Memorabilia Associates. A detailed interview with Mike from 2009 led with the question of their company name and went into a lot of detail about TCMA's history.