When I think base runners on cards, multi-sport champion Herb Washington comes right to mind. 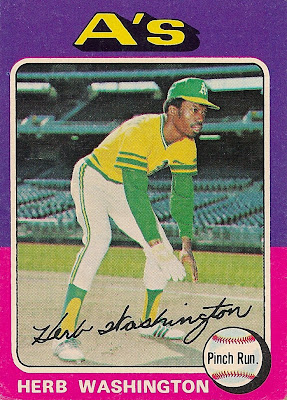 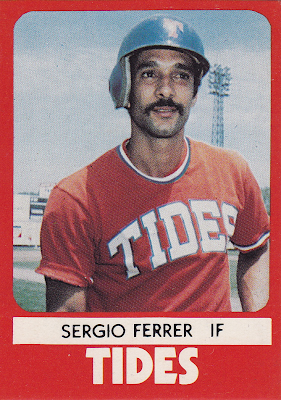 The 1970s strategy of "run early, run often" also paid the big league bills for guys like Sergio Ferrer, who tripled more than he doubled and split 1979 duties evenly between Mets pinch-runner and AAA Tidewater infielder (career stats at B-R.com). 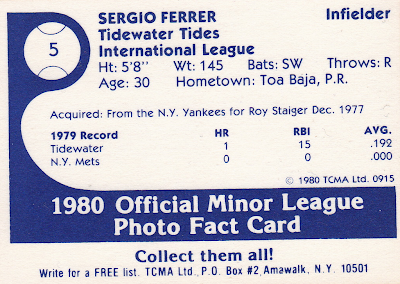 5'8" and 145 pounds sounds like a lean dude, baseball or no baseball. I can see why a guy with that frame would be quick around the bases.

If you like that white-text-on-red-background look, also see the Cards on Cards salute to Gold Glove catcher Yadier Molina, which co-stars several 1980 Portland Beavers. TCMA used that design for all its minor league teams, so they're easy to pick out at show tables or online stores.

Value: Sergio proved elusive; I finally found him last month on eBay for $6. The team set includes popular Mets like Mookie Wilson, Hubie Brooks, and Wally Backman, so goes for $20 and up.