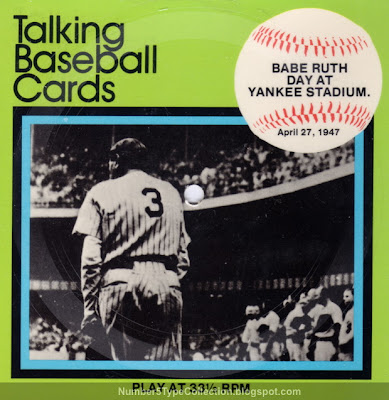 The card (roughly 7" across) includes a recording of what proved to be Babe's farewell speech.

I don't have a record player to test the quality, but assume it sounds very similar to that rendition. 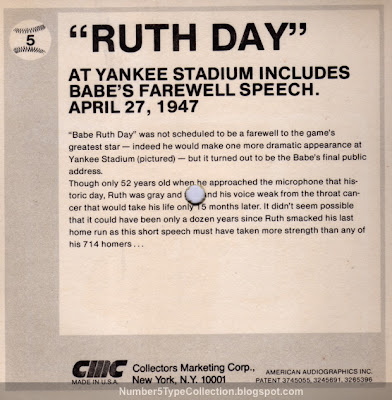 Ruth loomed over New York like the Colossus of Rhodes in his 20s and 30s. By 52, Babe could barely speak and his faltering voice probably made it a bittersweet closure for fans and fellow Yankees.

It's tempting to imagine modern medicine would've given baseball fans many more years of Ruth, both to see and reminisce over. I expect most 21st century players can look forward to careers followed by decades of baseball and non-baseball life, if they choose to stay in the spotlight. 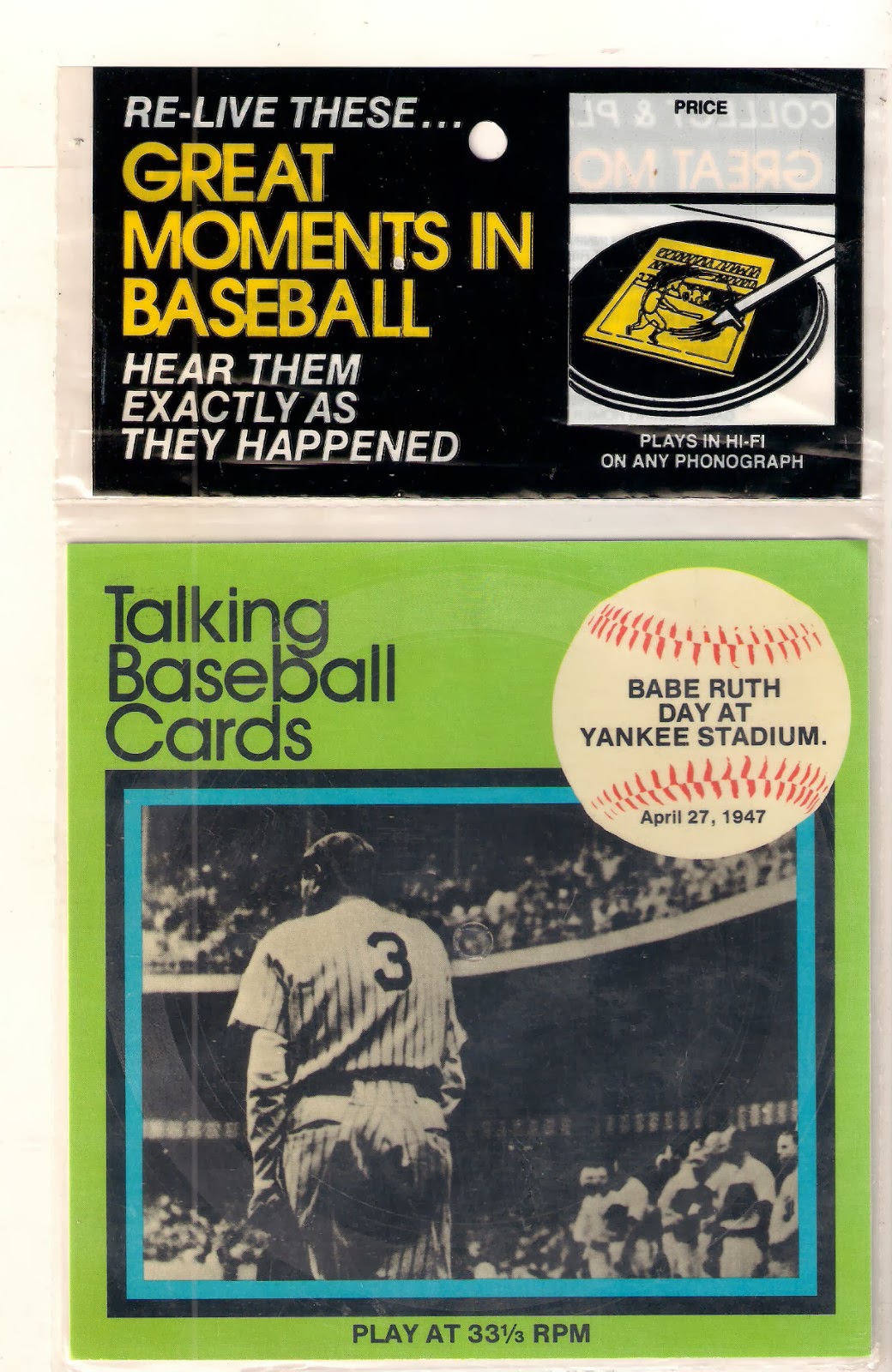 Collectors Marketing Corp (CMC) wrapped each 1979 record in a plastic sleeve and included a checklist on the back. I assume the "Playing Instructions" told kids to punch out the middle hole and play the record on 33 RPM. (If they were like me, though, you actually run it at 45 RPM to make Babe Ruth sound like a chipmunk.) 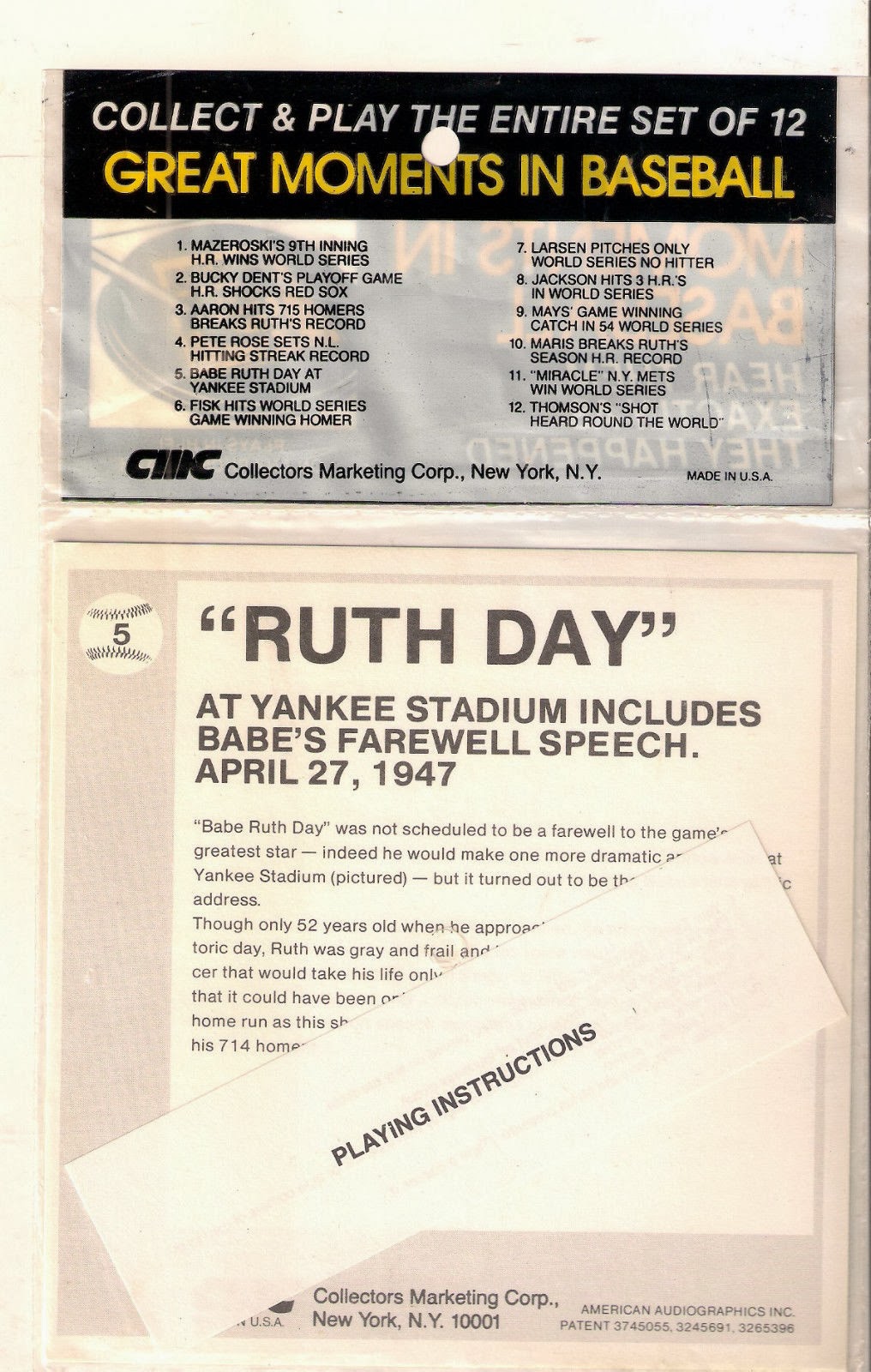 CMC started with these singly-packaged records and later expanded to player-specific issues like this 1989 Jose Canseco kit when baseball collectibles took off in the mid-80s. 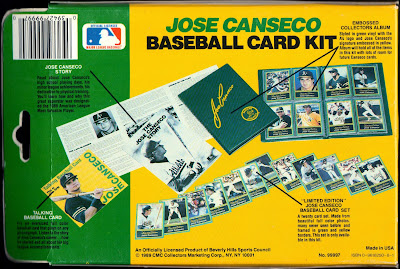 Toys R Us sold a bunch of these, so you can readily find CMC products on eBay or elsewhere.

Value: This Babe Ruth cost $10 on eBay. It's part of a 12-record set, each replaying a famous baseball moment like Babe's farewell.

Fake / Reprints: Not sure how someone could reprint a record, so I assume the only ones out there are genuine.
Posted by Matthew Glidden