Mr. Gross has exactly the kind of name 10 year-olds snicker over. "GREG IS SO GROOOOSSSS!" Sorry, man, the school playground is a kangaroo court of name-calling and hair-pulling. 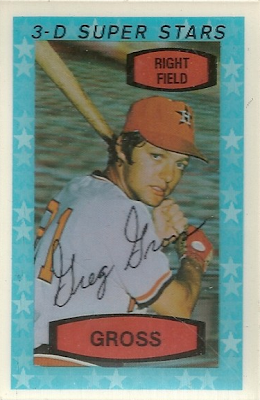 XOGRAPH's 3D process makes Greg stand out from the card's background and its starry borders shimmer when tilted side-to-side. As mentioned on March 19, Kellogg's used pseudo-3D for every 1970-to-1983 baseball set with one exception, 1973 Kellogg's #5, Don Sutton. 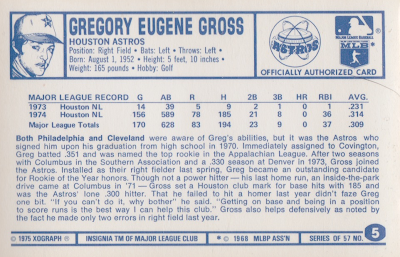 Not many rookies get into 150+ games! Greg rewarded Houston with a .314 average, set a club for hits in a season, and finished 2nd to Bake McBride in ROY voting. The outfield of Gross, Cesar Cendeno, and Bob Watson--all with OPS+ of at least 120--proved the strength of an otherwise mediocre Astro squad. 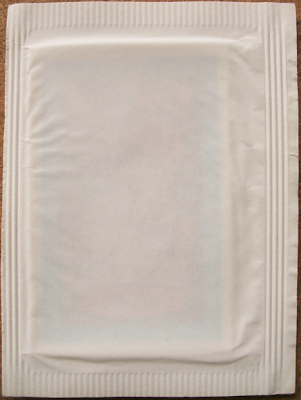 UPDATE: Found this purported unopened Kellogg's Greg Gross on eBay. You might have to squint to pick out the details, but who'd lie about the contents of something on eBay? :-)

Value: Got Greg from a trading friend. "Common" Kellogg's cards run a dollar or two in good shape.

I was one of those ten year old kids who made fun of Greg's name. Those Kellogg's cards were great!

You have to wonder--are the XOGRAPH guys still at it, after Kellogg's and Sportflics both petered out? Is there a hologram-projecting plastic card on the way?