As minor league publishers TCMA and Cramer Sports Productions grew to serve more and more of America's "small-park" cities, fewer and fewer franchises printed their own team set. Today's #5 came from one of those few. 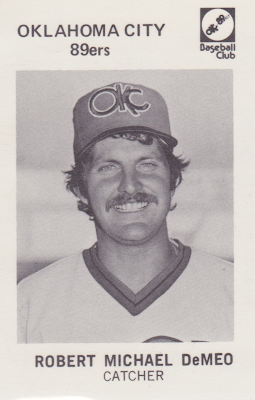 The 89ers editor did an OK job (pun intended) with their presentation, but black-and-white comes off flat compared to contemporary color options used by teams who did take advantage of companies like Cramer. 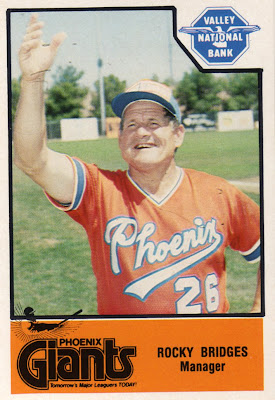 This Phoenix set (starring manager Rocky Bridges) came out the same year as DeMeo and that orange really jumps off the card. I was glad to see most minor league teams using color just one year later (1980 TCMA #5 profiles). 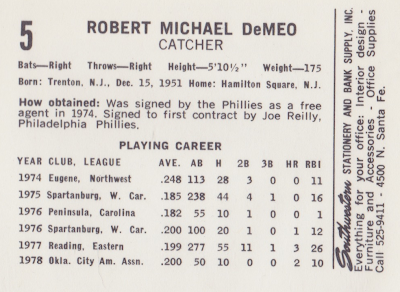 Robert's 1978 Mendoza line matched his career batting average, which might explain why he never reached the majors as a player (career stats at B-R). DeMeo stayed with Oklahoma City through 1980 but appeared in just two more games and likely spent that non-playing time coaching younger players or prepping for a life after baseball.

This 89ers set checklisted by uniform number, with #4 pulling double-duty for Lee Elia and Lonnie Smith. 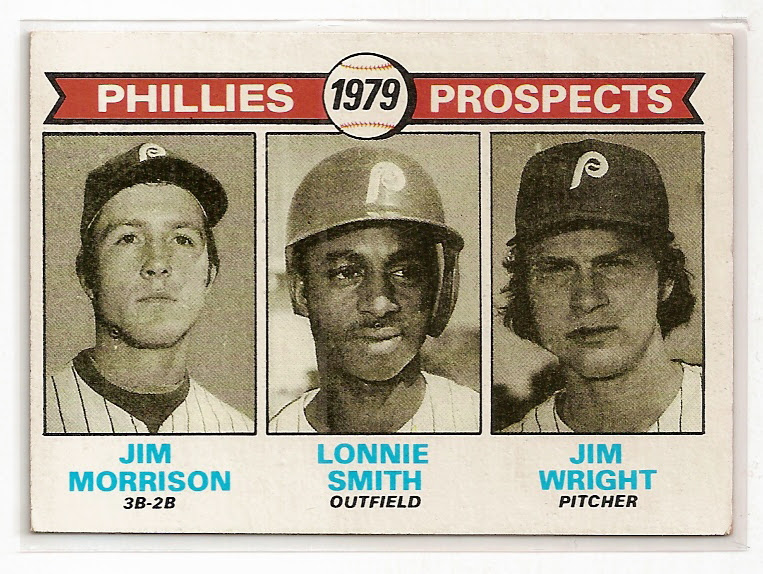 Fakes / reprints: Many of this set's players reached the majors, but few were famous enough to be worth faking their minor league cards. 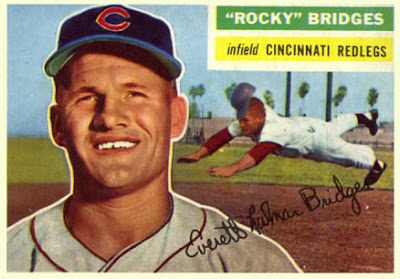 Don't know about you, but Rocky the Flying Squirrel comes right to my mind...
Posted by Matthew Glidden

I like the Rocky Bridges hailing a cab look.