I've seen today's playing card set throughout my two decades of collecting, often mixed into odds-and-ends quarter boxes at shows or set aside for team collectors. It wasn't until recently, however, that an SCD taught me they're an "official" set--printed by the Globe Imports company--and not just a fan project made with old photos and copy machines. 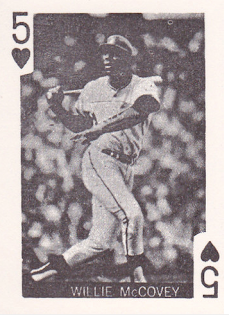 Printed with blank backs and no company info, these small (~1.5" x 2") cards come on cheap paper and look like a one-weekend job. Globe Imports distributed them via gas stations in southern states and they might not've been an MLB-approved product. Baseball's players union started licensing player images in the late 1960s, so Globe might've paid them for the photos instead of working through team ownership. Or they might've told (and paid) no one, as hinted by an example below. 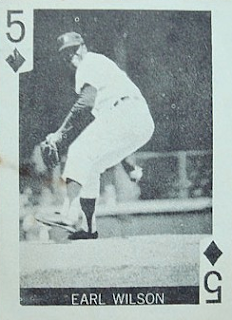 Most of the set's 52 suited cards match up to one player, but a handful get two variations.

There's also a joker, making 59 cards in all. See the PSA registry for a master set checklist and several scans. 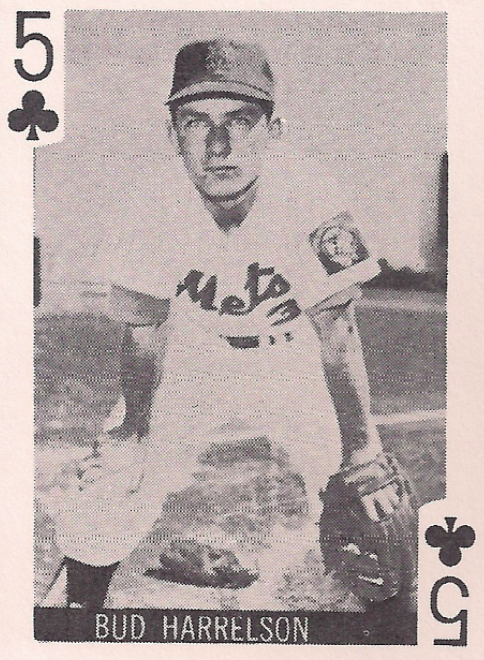 Bud's one of the few players with a head-on photo. Unfortunately, this shot also confirms another reason Globe cards get the hairy eye from collectors: it's a direct copy of 1967 Topps #306. 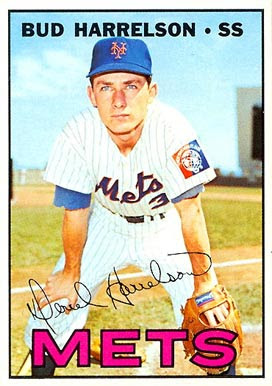 Not every card took an existing Topps image, but even one is enough to make me think Globe wanted to make a quick buck and copied available newspaper, media, and card photos. (Know more about the set's history? Add your voice to the comments.) 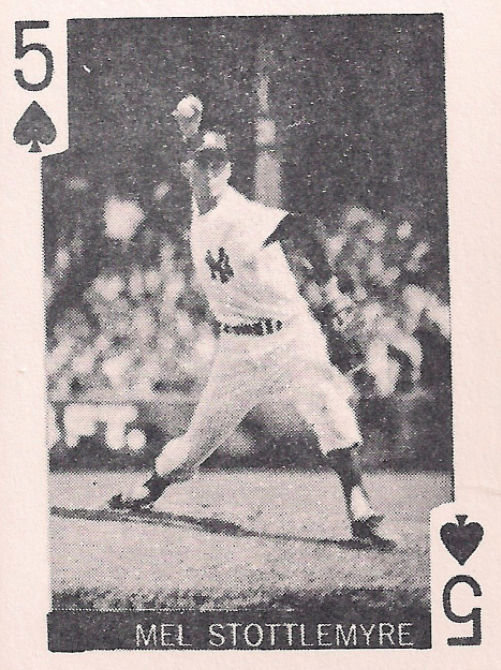 Fakes / reprints: It'd be easy to reproduce these grainy, black-and-white cards with modern equipment, so I hope their low value keeps people out of that mindset.
Posted by Matthew Glidden