This young Kenneth Feinberg ("e," not "u") spent three years in Iowa and California pursuing his dream of pro ball, collecting 252 hits and 34 minor league homers along the way (career stats at B-R.com). Ken hit well as an everyday player at 22, but made few appearances thereafter and might've struggled with injuries or set off-the-field goals that eclipsed a long-term baseball career, like so many before and after him. 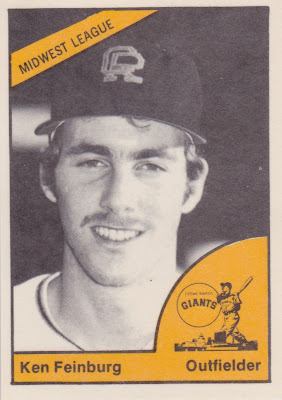 TCMA kicked off their minor league sets with Cedar Rapids in 1972, so today's Creamsicle color combo marks the sixth straight year that fans from Iowa's second-largest city could take home local baseball heroes, starting with the players below.

Minor league affiliations change rapidly, but Cedar Rapids kept its team alive, as they have since the Canaries took their positions in 1890; find more franchise history at Wikipedia. (This is the same city Rob Deer and John Rabb shared time on in 1979 and current LA phenom Mike Trout tore up in 2010.) 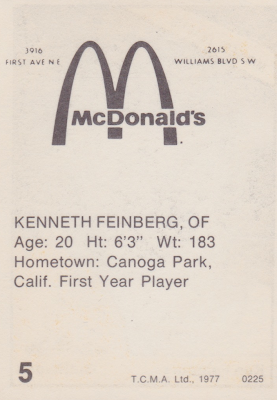 Two local McDonald's signed on as co-sponsors for TCMA's set, but are they still operating at 3916 First Ave N.E. and 2615 Williams Blvd S.W. in Cedar Rapids? The latter location is, despite that buzz-killing NO NOISE sign Google Street View spotted at its entrance. 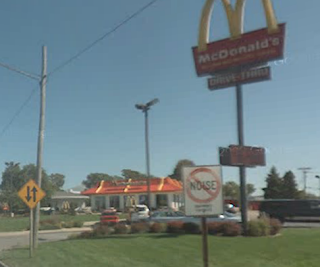 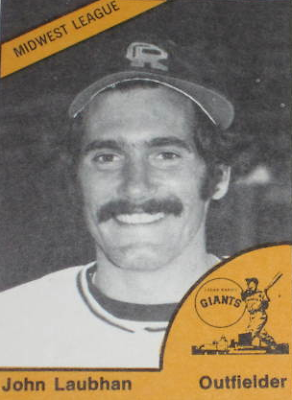 Fakes / reprints: Haven't seen any in the marketplace. If Laubhan really is rare, it's likely someone tried to fake the card for the sake of scarcity.
Posted by Matthew Glidden