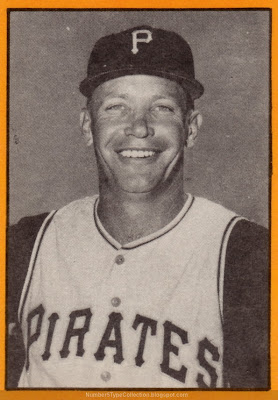 Baseball commissioner Ford Frick made 2 changes prior to the All-Star game itself. First, he dropped two Reds from NL's starters, benching Gus Bell and dropping Wally Post altogether. Fans also lost their ability to elect starters and wouldn't regain it until 1970. (Rumors say he also told some greasers to get off his lawn.)

Extra ballots aside, third baseman Hoak deserved the spot, as he led the AL that year with 39 doubles, hit 19 homers, and posted a .381 OPB from a key defensive position. 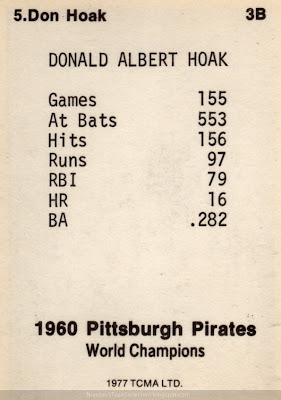 TCMA honored the 1960 Pirates with multiple times in a fairly short span. A second 42-card set followed in 1980, with a similar checklist, but more polished front design. 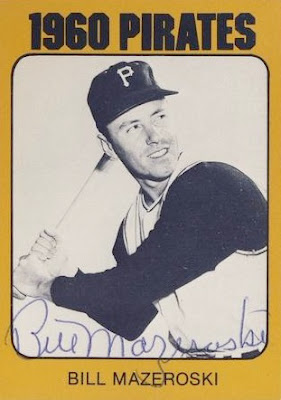 1980 version of the hero himself

Fakes / reprints: Haven't seen any reprints in the market (and don't expect to).
Posted by Matthew Glidden