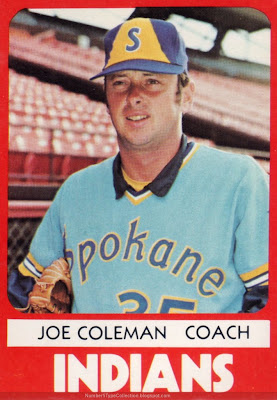 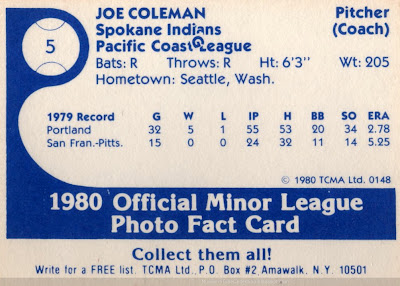 Card back
These stats munge Joe's 1979 somewhat. He started the year with San Francisco, making 5 brief relief appearances before they released him in late April. Pittsburgh signed him to a AAA contract in May, where he proved an effective middle reliever. A final September call-up netted 10 big-league games with the eventual World Champions and he picked up an airbrushed 1980 Topps card for the effort. 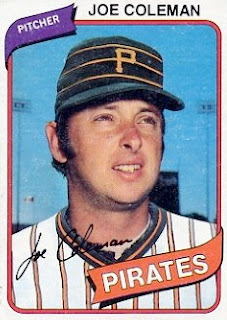 1980 Topps #542
Value: TCMA printed their minor league cards in larger numbers by 1980, so you can find them for a few dollars on eBay or Beckett Marketplace.

Fakes / reprints: I haven't seen any reprints in the market and doubt someone would take the trouble for anyone other than a superstar.
Posted by Matthew Glidden