Welcome to 1966, midpoint of MLB's biggest era of geographic expansion. Between 1957, when relocated New York teams opened up our West Coast, and 1977, when the Pacific Northwest received its first team and Canada its second, baseball jumped from 16 teams to 26. Ten years removed from acquiring Bowman, Topps remained the only company producing annual card sets, so made it their own era of "expansion" by licensing designs south to Venezuela and north to Canada, two other countries with pro baseball and solid fan interest. 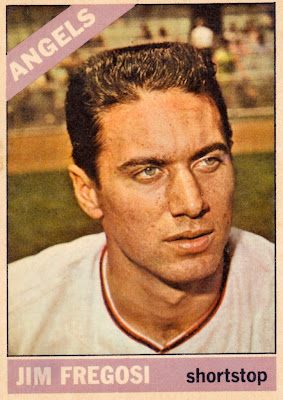 
Venezuelan sets offered a way for local fans to track popular native sons like #90 Luis Aparicio and #365 Vic Davalillo, both of whom were established MLB All-Stars by 1966. Luis even went on to win the World Series that year as an Oriole. 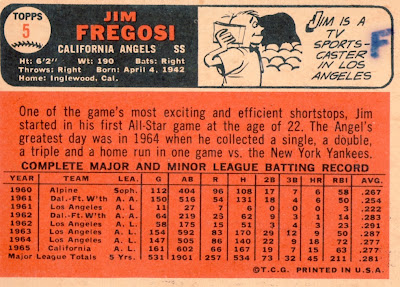 This set followed in the footsteps of Venezuela 1964's issue; it contains 370 cards with a companion album to mount them in. Most collectors pasted players directly on each page, leaving card backs with glue stains or missing paper when later removed. Each album includes 360 player spaces, omitting the 5 team cards and 5 checklists. (On the upside, that means those 10 rarely show this kind of damage.)


The 1966 album cover mentions 4 series of cards, but no range of numbers seem rarer than another, so it's likely print runs remained the same throughout.

Value: South American specialist John Rumierz Cards sold me this for $5 in 2007. Mid- and high-grade singles get expensive quickly, since most surviving examples have back damage or writing.

Fakes / reprints: Haven't seen any explicit Venezuelan reprints, though people can confuse them with normal Topps cards, since fronts and backs match. Look for their brighter pink ink on the back and no surface gloss.
Posted by Matthew Glidden