Yesterday's profile of Duke Snider (1950 Drake's #5) wasn't the only 1950s issue to cross-promote baseball and snack food. Oakland-based Mother's Cookies published two of their own in 1952 and 1953, but starring Pacific Coast League players. Both 64-player sets feature solid-background, hand-tinted photos, and capture the heyday of local pro ball prior to MLB's westward expansion. 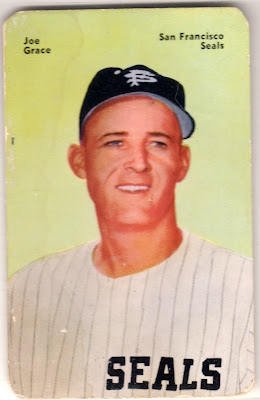 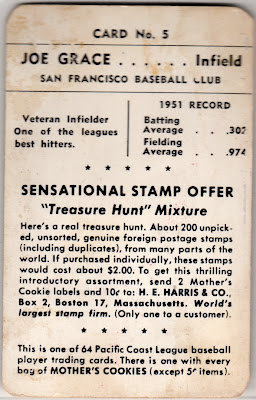 As a kid, I was psyched to sift through stacks of old stamps--the 1952 version of me would've sent away for that H. E. Harris "Treasure Hunt" Mixture without hesitation.

Value: Low-grade singles cost $10 or less. Chuck Connors, star of TV's The Rifleman, appears on card #4 and is popular with both baseball and Americana fans. (Mother's Cookies cards come with rounded corners, which doesn't reduce value unless you can see additional wear.)