FIRST: Happy Presidents Day! It always reminds me of this exchange from Rocky and Bullwinkle.

This came from the late 1960s, hence its dig at Washington's Senators (or politicians, take your pick).

SECOND: I found an auction listing for this original studio photo of 1910 Tip-Top Pirates #5 Tommy Leach, so went back and updated its set profile! Baseball never sleeps. 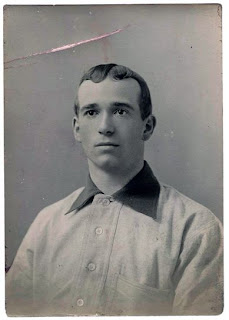