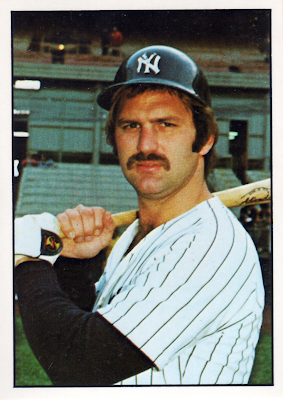 Card front
Already an offensive and defensive star by the early 70s, the Yankees anointed Munson their 8th captain in 1976, an honor held until his untimely death in 1979. Team rivalries being what they are, folks frequently compared Thurman to fellow star backstops Carlton Fisk and Johnny Bench. Cincy manager Sparky Anderson famously angered the Yankees by pronouncing, "Don't never embarrass nobody by comparing them to Johnny Bench," during a World Series press conference. (Oh snap! Better get off his lawn!) 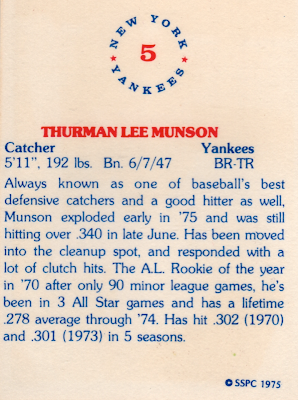 Card back
SSPC card fronts closely resemble 1953 Bowman, with nothing but pictures and a white border, but its backs read more like the text-based 1950 set. 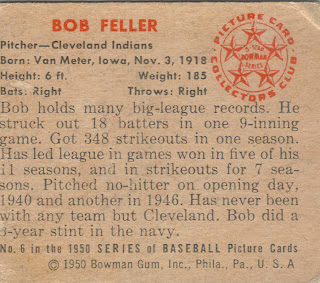 Fakes / reprints: Haven't seen any reprints in the marketplace.
Posted by Matthew Glidden