Black-and-white photography is often all about contrast and light balance. One well-framed cloud over a canyon, for example, makes for thought-provoking art.

Eddie Hodge, on the other hand, shows the dark side of black-and-white, as the Orlando Twins home uniform makes him look sickly tanned, almost to a George Hamilton level. (Readers under 30: search for a picture of George Hamilton. He is SO ORANGE.) 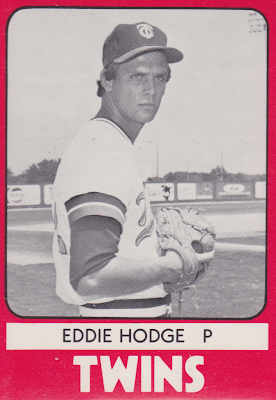 Did you know: Hodge is one of just five guys to pitch exactly 100.0 career innings in the majors, going 4-3 for Minnesota in 1984. Only he and Jack Bracken (Cleveland Blues, 1901) hit the century mark during a single season. 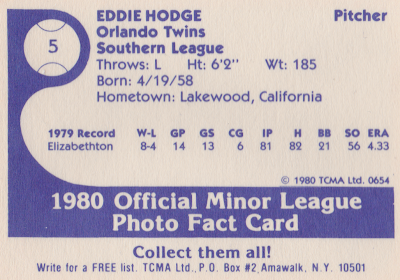 After some tweaking, I found a new take on Eddie's high-contrast original, with apologies to Shepard Fairey. 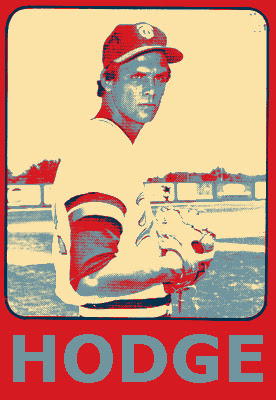