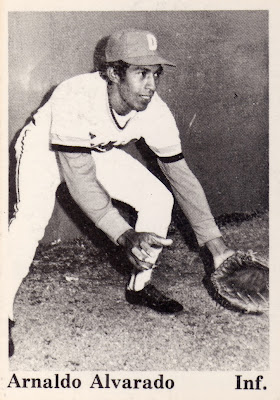 What comes to mind when you hear Dubuque? Is it "Talkin' Baseball?"


We're talkin' baseball!
Kluszewski, Campanella.
Talkin' baseball!
The Man and Bobby Feller.
The Scooter, the Barber, and the Newc,
They knew 'em all from Boston to Dubuque.
Especially Willie, Mickey, and the Duke.

For "fans of a certain age," this song (and its many variations) entered your brain and stayed there forever. It's like sweet, nostalgic baseball candy. Big congratulations to composer Terry Cashman, who'll be honored at the 2011 Hall of Fame weekend and perform his seminal tune in Cooperstown on July 23. 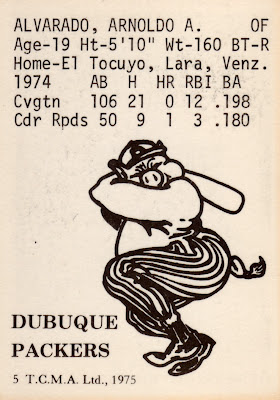 As with football's Green Bay Packers, Dubuque's team name references the local meat-packing industry, so made their logo a bat-swinging hog. Not sure if they wore those striped pants, but it would've been short-lived; an affiliation change to Houston's Astros in 1975 included a new rainbow jersey to mimic the parent club. See the Sports Design Blog's team profile for details, as well as scans from TCMA's 1976 team set.

Fakes / reprints: Several players from this team reached the majors, including regulars Terry Puhl and Luis Pujols, but doubt anyone reprinted the set itself.
Posted by Matthew Glidden