Baltimore won 100 games every year from 1969-1971, one of only four franchises to accomplish the feat, and reached the World Series each year, winning it all in 1970. That run ranks among the best-ever in baseball and 1971's squad is famous for fielding 4 different 20-game winners (Jim Palmer, Dave McNally, Mike Cuellar, and Pat Dobson). Brooks Robinson anchored third base throughout and won the series MVP in 1970. 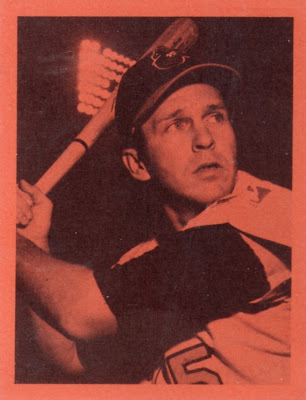 This 16-player set's numbered by uniform, so Brooks gets #5. For a small, orange-and-black rectangle, this card features a lot of uniform detail. 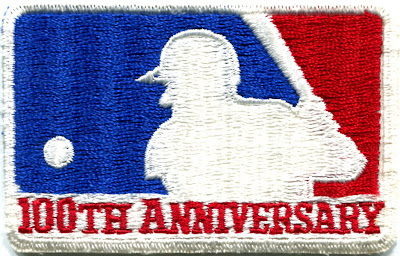 This patch means the photo came from 1969 or perhaps 1970 spring training, since teams often reused a prior year's uniform during their spring games. (Given the huge light standard looming over Brooks, I think it's a 1969 home game in Baltimore.) 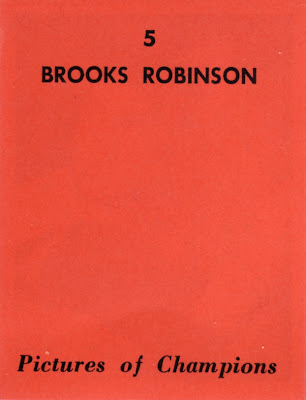 A local promotor distributed this set in the Baltimore area, though it's not clear exactly how it got into the hands of collectors. I've seen dealers with small bunches of them at shows and a full set once or twice, so perhaps you could buy either singles or sets. Here's the checklist.

Value: This #5 cost me $25. Brooks, Jim Palmer, and Frank Robinson are the only players who run that much--most cost a few dollars.

Fakes / reprints: It'd be easy to fake these with modern printers, so be wary of buying them from unknown dealers.
Posted by Matthew Glidden

I liked this card a lot before it dawned on me that it's a night card! Nice one!

I wonder why no Boog Powell?

Thanks Mark, can only imagine the group of photos used for this set was missing Boog, or the editor made a big error.