Today's card represents Topps' first foray into publishing cards overseas, an important step that paralleled the MLB's growing (and symbiotic) relationship with Caribbean baseball. The fact that  a Brooklyn-based candy maker could license their designs to a Venezuelan printer (Benco) also says something about the evolving sports economy. 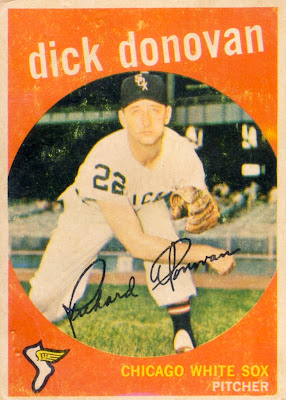 This card looks unusually faded, but that's no accident of the scanner. While Benco's design copied Topps in style, it lacked something in substance, using both cheaper paper stock and no finishing gloss. This surface scuffed more easily, left colors washed out, and made details harder to discern. (Dick's #22 remains easy to read, thanks to Chicago's switch to TV-friendly uniforms with jumbo numbers on the shoulder.) 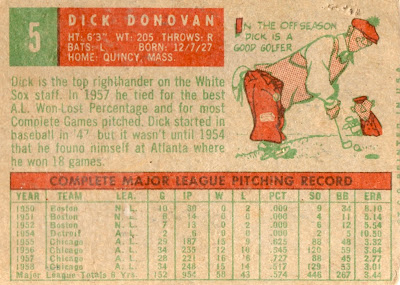 Benco's version came out in two series, #1-110 and #111-198, matching Topps own #1 to #198 (not 196 as often reported). The card backs include a mix of "(C) T.C.G. PRINTED IN U.S.A." and "Impreso en Venezuela por Benco CA" tag lines, oriented vertically along the right edge. It's tough to discern low-grade American versions from the former; see the Topps Archives article on Venezuelans for distinguishing scans that compare card stock for each.

Value: A dealer who specializes in Venezuelans sold this low-grade single for $5. Stars are rare enough to vary in price quite a bit, often commanding triple digits.

Fakes / reprints: Don't know of any faked Venezuelans. Regular Topps are better known and valuable enough to reprint on their own.
Posted by Matthew Glidden