"Pinch-hitting's Sad Lexicon" (or "Owen to Evers to Chance")

Last night, I did some Baseball-Reference research on my favorite 1980s Seattle SS, Spike Owen. Deep in his batting splits, I came across this position breakdown---and a surprise, one that carried me more than 100 years back in time. 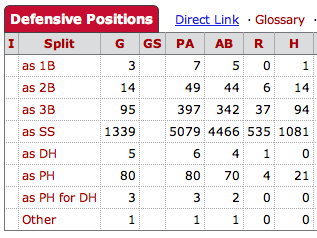 Step one, Spike's splits: what's "other?" They already list DH, PH, and PH as DH. Clicking the career split pointed to 1984, so I checked his game logs.


Spike started almost every day for the 1984 Mariners, appearing just twice as pinch-hitter, including July 21's unusual 9-3 victory over Toronto.

With two runners on base, Toronto brought in Jimmy Key--who spent 1984 as a reliever--and Seattle countered with the switch-hitting Owen. Eight runs later, he batted a second time and ended the inning on a groundout, a rare positional situation noted in their pinch-hitting article.


"If a player acts as a pinch hitter and his team bats around in the inning, he may come to the plate a second time. The second (and subsequent) times he bats in the inning are not considered pinch-hitting appearances."


Hence, Spike batted once as PH and once as "other," as he hadn't replaced Ramos in the field yet. One mystery solved. 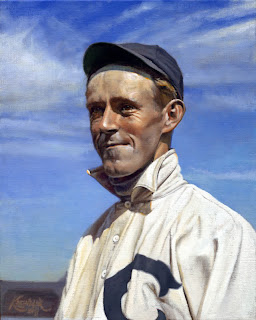 Step three, Frank Chance: the Spike Owen discovery led me to search for other "pinch hitter bats twice in an inning" situations. That, in turn, led to PLAYS THAT PUZZLE, a game story retold by former umpire Billy Evans in Feb, 1934.


So here's the conceit.

Given our dearth of boxscores from Chance's era, it's helpful that the story starts in New York, where Frank only batted in 1913, and Yankee wins over St. Louis on May 19 and 20 seemed our best candidates from B-R's 1913 season results.

The New York Times provides free access to much of their archives, so I combed May 1913 for baseball stories, which produced the promising headline "Browns To Protest Yankees' Victory." So is this the game?


OK, this is substantively the right game, barring embellishments from Billy Evans, who (in 1934) was recalling a 21 year-old contest. Let's check the high points.


This is first time I've heard of such shenanigans, but baseball's past probably contains more. Add any others you know to the comments!
Posted by Matthew Glidden