Matt Reeves, master of the blank stare. Look deep into those eyes. You are getting very sleepy. Sleeeepy. 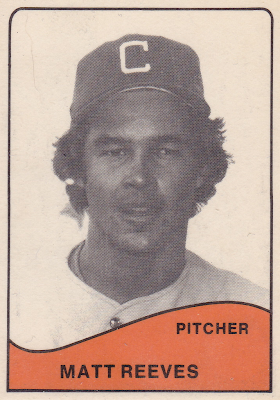 Reeves never pitched above single-A for Los Angeles, but overlaps with two significant players for the major league Dodgers. 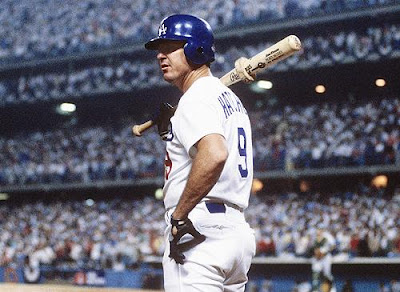 Number 2: Former Clinton Dodger Mickey Hatcher returned to the parent club in 1987. He and LA's other utility players--Tom Lasorda dubbed them the "stuntmen"--helped overcome Oakland's Bash Brothers to win the 1988 World Series. (Hatcher slugged a pair of homers in the series after hitting only one all year and famously sprinted around the bases after each.) 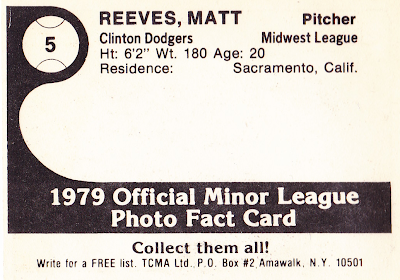 1979 marked Matt's first pro season, so TCMA didn't have any stats to print on the card back. He finished the year 8-8 with a tidy 2.85 ERA, more than half-a-run better than team average. (Teammate Orel Hershiser, another 1988 World Series hero, went 4-0 for Clinton in his own pro debut.)

Value: This #5 cost $2 at MinorLeagueSingles.com. Guys who reached the big leagues run more, depending on how famous they became. Steve Sax is the most valuable card in this team set.