The fact that Hood spent time back in AAA Omaha after several big league seasons says something about the pre-specialist era of relief pitching. 1980s franchises couldn't find a lasting role for his skills, so Don retired at age 33 after spells as both starter and bullpen man (career stats). These days, experienced lefties go a long way as situational relievers, aka LOOGYs. 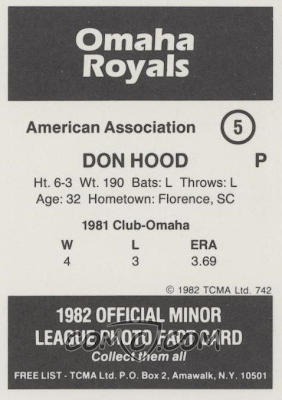