Hey, another oddball minor league photo in a long line of them. Convincing 6'2" guys to bend double is the textbook look for "gangly." Did the photographer really catch Columbus outfielders during grounder practice? 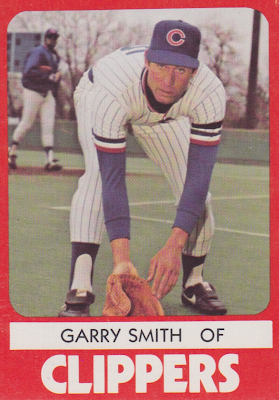 Columbus looks like a Cubs affiliate with those hats and pinstripes, but were the Yankees AAA farm club for almost 3 decades, 1979-2006. Garry Smith bounced around New York's system for seven years, suiting up for as many as three teams annually (career stats). 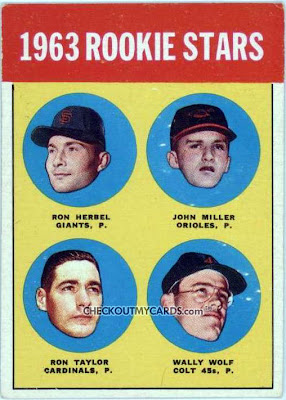 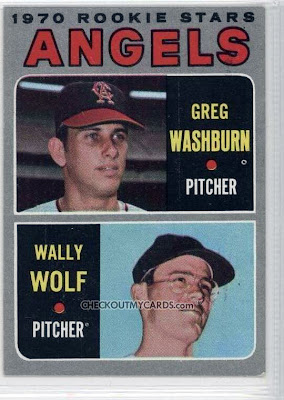 Why, Wally hasn't aged a day! Oh, they just airbrushed his Colt .45s cap. (Read the Hope Springs Eternal posts at 1207 Consecutive Games for more of Topps "rookie mistakes" from the 60s and 70s.)

Unlike Garry Smith, Wolf got two cups of coffee in the majors, but his minor league travels look very similar. 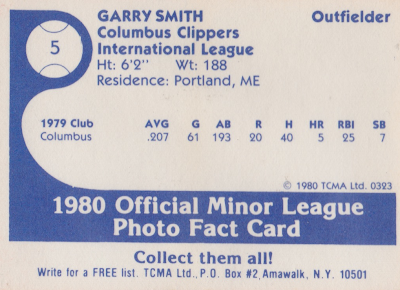 This TCMA set's rich with future Yankees and past big-leaguers as coaches.

Value: This #5 cost $2 as part of my TCMA haul from MinorLeagueSingles.com. Some sellers ask as much as $50 for the team, but $20 seems more reasonable to me. (A team set with 5 autographs recently sold on eBay for $15 with shipping.)