This 1980 entry caps Indy's vintage teams sets, nice full-color cards from a time when many minor league teams couldn't afford better than black-and-white. They measure slightly bigger than standard Topps, frustrating collectors who want to put everything in 9-count sheets, but satisfy the artistic spirit of making a better card. 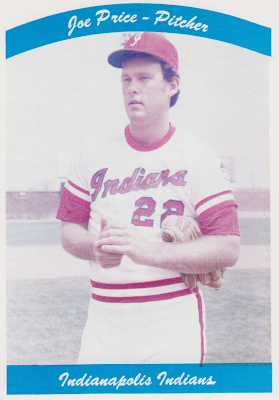 Joe Price moved to the bigs in 1981 and played during my sweet spot as a collector, so I remember several of his cards, including this close look at Cincy's home uniform. 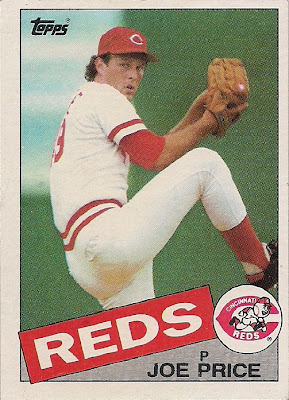 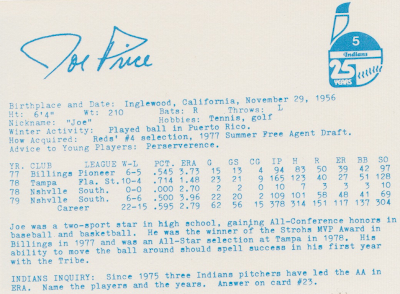 As with many AAA teams, a bunch of included players (in bold) reached the bigs, either before or after their appearance in this Indians set.