Thanks to everyone who follows the blog and Merry Christmas to all who celebrate! Two players named Christmas have played pro ball, Steve (shown as a Tucson Toro this time last year) and Maurice.

Steve Christmas reached the bigs for a few cups of coffee in the mid-80s. A quick COMC search turned up this interesting 1982 Indianapolis team issue, complete with catching gear and tidy signature. 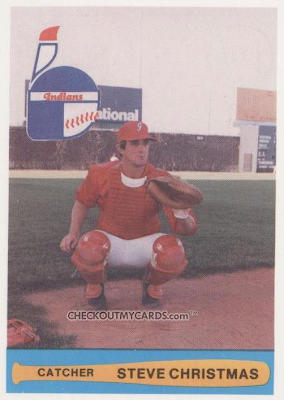 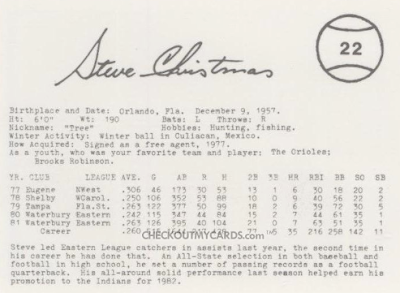 Steve played in the bigs for Cincy and both Chicago teams. His biggest hit was a Sept 19, 1984 game-winning homer off Mike Smithson, a great moment for anyone to hang their hat on. 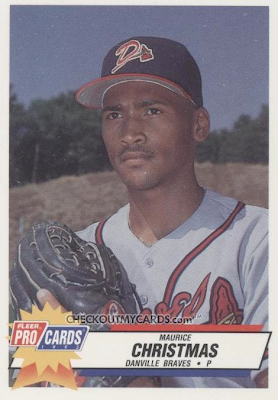 Maurice spent several years in the Braves system, topping out at high-A. This Danville card shows the 19 year-old Mr. Christmas and can be yours on COMC for $2.95.

Enjoy the rest of this holiday season and best wishes for 2013!
Posted by Matthew Glidden