This set delivers just what we expect from a 1970s oddball set. Sepia-toned pre-WWI photo? Paper stock normally used for school diplomas? Non-standard dimensions? Nebulous checklist that maybe isn't a checklist at all? Yes! All of these are yours. 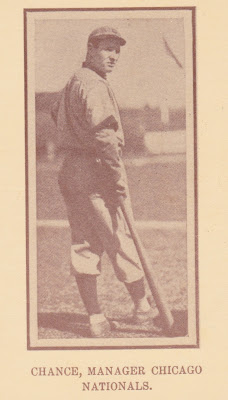 Chicago already fielded a great roster in 1905--their record stood at 37-28 when he took over--but Chance upped team performance enough to capture 4 NL pennants and 3 World Series in the next five years, including their most recent championship in 1908. Hard to imagine a manager under 30 helming a team these days, let alone coming out on top. 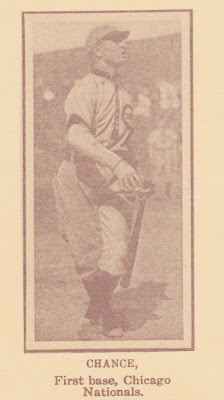 Frank Chance puts me in a bind because Classic checklisted their 1st series from #1 to #30 on card backs without distinguishing his #5 from his #18. So which do I buy? 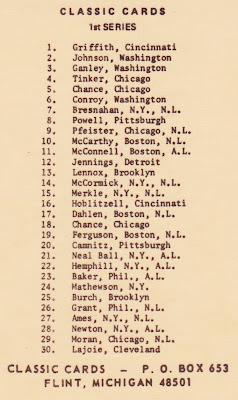 Thanks to a reasonable asking price, I solved this problem by buying both. There will probably never be a way to tell them apart, so delineating "which is the real #5" remains a philosophical question each collector must ask of themselves.


Classic Cards look about 20% larger than typical Topps, being 3/4" longer and 1/2" wider, and won't fit into 9-card pages. According to the Sports Collectors Digest, Classic itself changed size after Series 1, slimming by a quarter-inch for Series 2-4. They also dropped checklist-style numbering, marking them just 2nd Series, 3rd Series, or 4th Series. (All four series were 30 cards each, 120 in all.)

Value: Bought these for $5 each on eBay, about what I expect for little-known 70s oddballs. It was the first time I'd seen #5 available separately, but sets show up occasionally elsewhere.

Fakes / reprints: This set's already a reprint of sorts. I don't know of any others made by fans or fakers.
Posted by Matthew Glidden