Not sure why it took 700+ posts to cover my girlfriend's hometown team, but here we are: the Burlington (Iowa) Bees! (Our family histories stretch back to Iowa and other Midwestern areas, but we actually met in Massachusetts.)

Like many lower-level squads, the Bees swapped affiliations over time. As pictured, they served Milwaukee, back when the Brewers were still in the AL. Today, they're linked with the Los Angeles of Anaheim Angels. 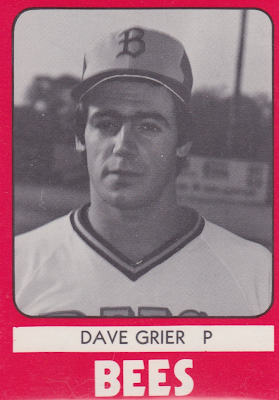 Excuse me, Mr. Grier, but are you any relation to Wally Moon? 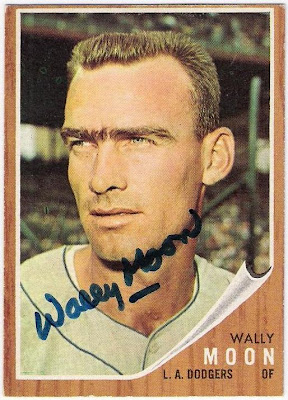 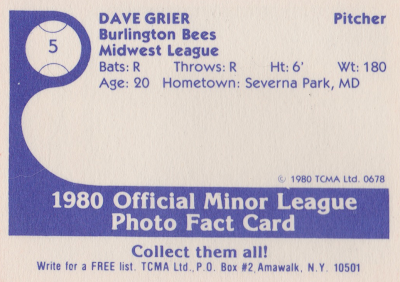 Dave Grier pitched well in Burlington, going 16-8 with a 2.74 ERA in 1980 (minor league stats). Milwaukee bounced him around the farm system for three more years, hoping for similar success, but he dropped to about .500 in other cities and called it quits at age 25.

Value: This #5 cost $2 at MinorLeagueSingles.com and team sets run $15-20 on eBay and elsewhere. (Infielder Juan Castillo's the only future major leaguer, so few people break the set for singles.)