Perfect Gamers and Hall of Famers 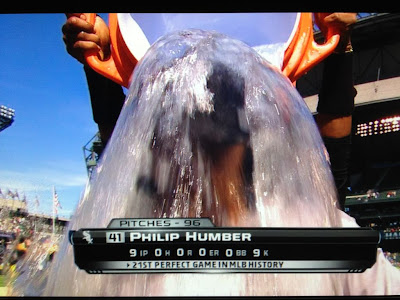 Baseball Almanac already breaks down the basics of each perfect (and near-perfect) game. My trading friend Tom from OldBaseball.com went the extra base by listing elected and potential HOFers faced by the winning pitchers.


Don Larsen's effort gets extra respect for being both in the World Series and facing four Cooperstown inductees. Seattle's no offensive powerhouse these days, but as they said when David Wells shut down the woeful Twins lineup in 1998: "he still got all of them out and that's what counts."
Posted by Matthew Glidden