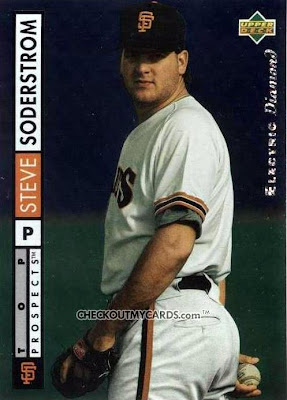 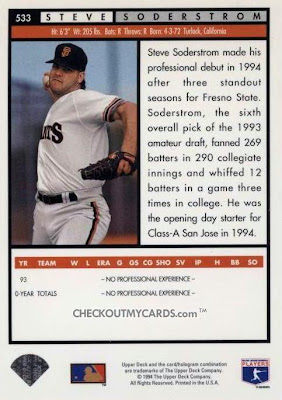 Soderstrom earned a late September call-up in 1996, where we went 2-0 in 3 games. Both wins were quality starts (6+ innings, <=3 earned runs), but he was back at AAA for 1997. Steve kept pitching through 2000 and collected his first homer that year for the Louisville RiverBats as a teammate of, among others, future football HOFer Deion Sanders.

So, is this your clever way of announcing your birthday? :P