It seems impossible to me that people in the hobby wouldn't know how serious a baseball card collector Keith Olbermann is, but who knows? It could still be the case. Let's confirm it now with a photo of the selfsame writer and TV host at Topps' 10th Annual Pack Opening Day. 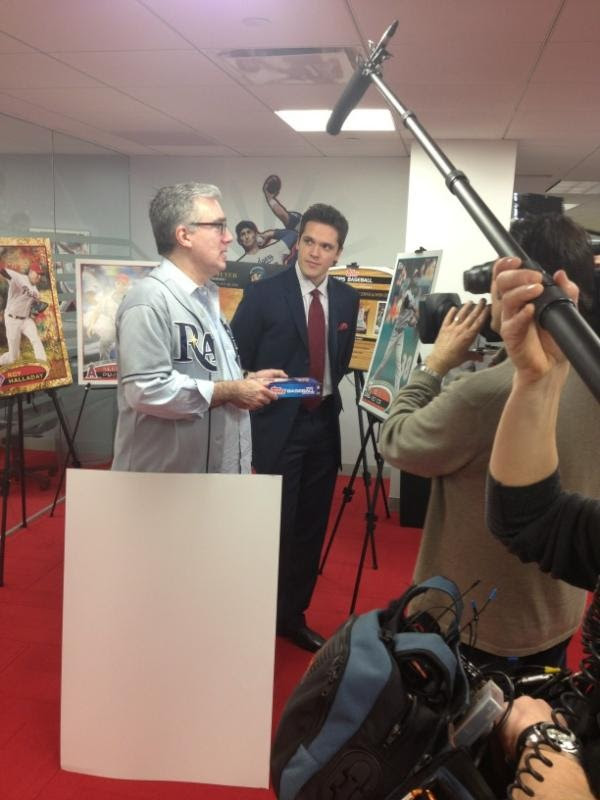 Keith donned his best uni for the occasion, a game-worn Matt Morse jersey from the Tampa Bay prospect's first win. To prove his cardboard bona fides, Olbermann also brought one of his favorite cards. 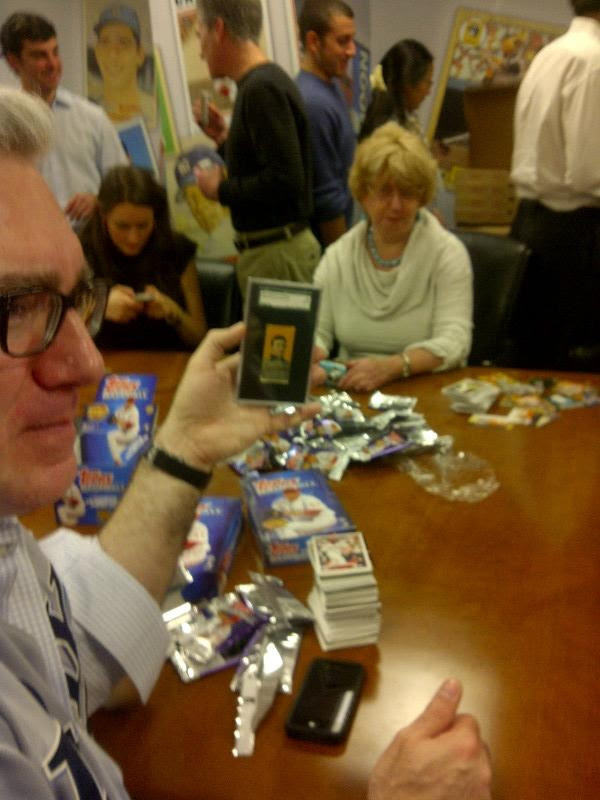 Oh hey, a T206 Honus Wagner. (Keith claims to own three of them; maybe this is the "Weekend Wagner.") 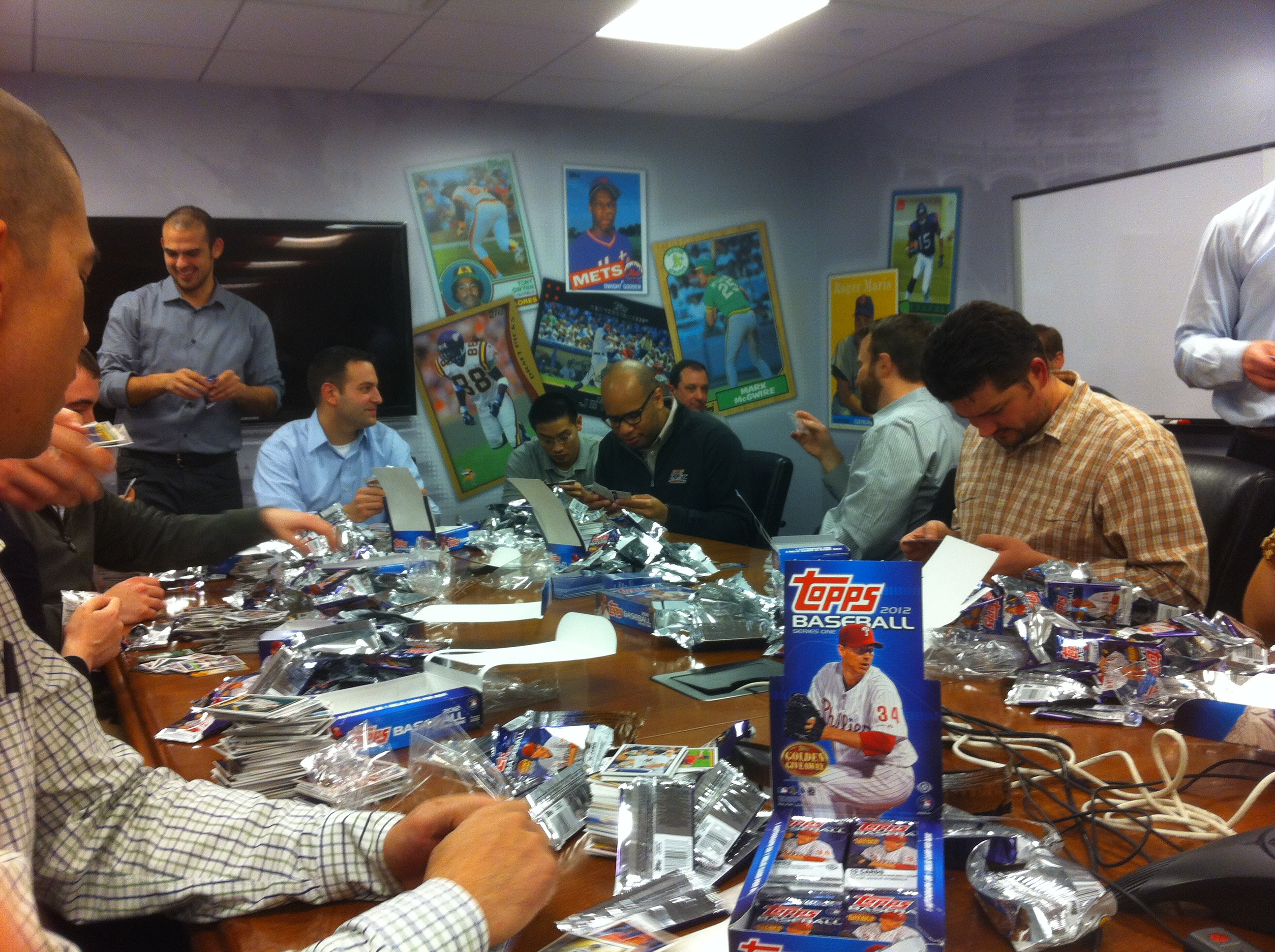 I've no particular political leanings, but remain a fan of Olbermann's for the part he played in TCMA's growth and success in the 1970s and 80s, as a key maker of oddball and minor league sets that helped challenge and overcome Topps monopolistic control of MLB card production.

While Topps has reclaimed a similar prominence in today's hobby (thanks to its exclusive MLB license), Keith's appearance strikes a relatively minor chord of dissonance. This event is more about the cards than any particular history or narrative. Rip 'em up!

Check out Keith's Baseball Nerd blog for more of his posts on the sport and our hobby.
Posted by Matthew Glidden