Kellogg's packaged a pair of 3-D baseball sets with their cereal in 1972, probably as a hedge against the first MLBPA labor strike. Financial issues loomed ever larger in the late 60s and early 70s as the players union won important legal victories against team owners, so card publishers made their own backup plans. (Several "All-Time Greats" sets from the 1950s and 60s follow a similar pattern, appearing as ways to save on team or player licensing fees--baseball cards remain a business, no matter what the era.) 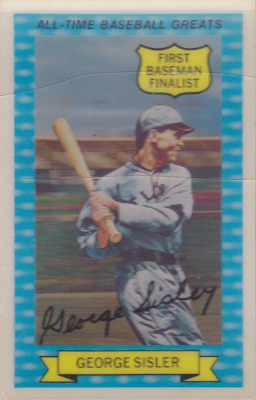 So how did this particular set appear in 1972 cereal boxes? I imagine the release planning went like this.

Collectors say cereal boxes with this 15-card set came out after their active player set (1972 Kellogg's #5, Bill Parsons), but it's likely Kellogg's printed these cards in advance and switched to All-Time Greats once "regular" stock ran out. 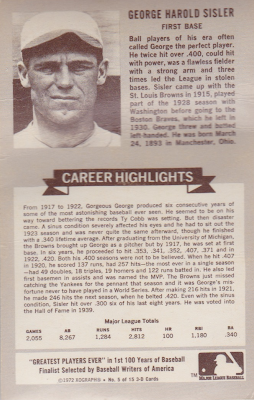 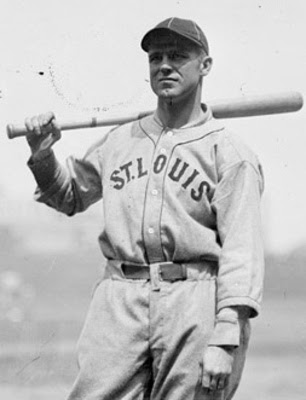