Soda companies use baseball for any number of promotional tie-ins, both today and over the sport's history. Today, Coca-Cola bottles include under-cap codes that drinkers primarily redeem for more Coke stuff in a vaguely creepy, self-perpetuating cycle. Back in 1967 and 1968, on the other hand, black-and-white player mugshots greeted the refreshed cola drinker. If you're a caffeinated collector like me, win-win! 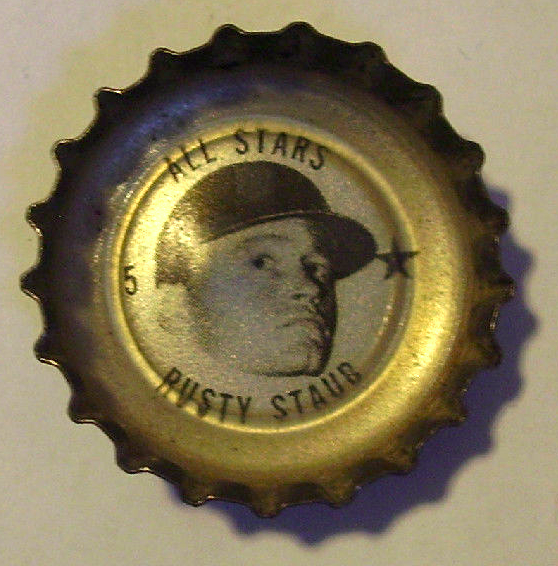 Coke divided their late-60s caps into a bunch of groups. Most stick to specific teams, but a few are cross-league "All Stars" like today's Rusty Staub. What you see is what you get, with text framing a cropped floating head under a rubbery coating. 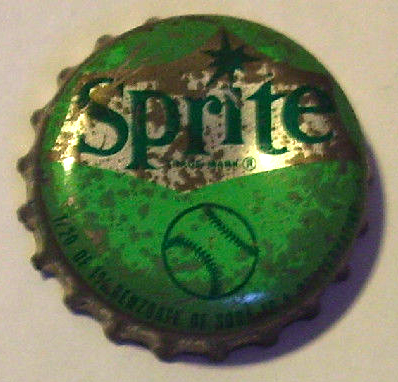 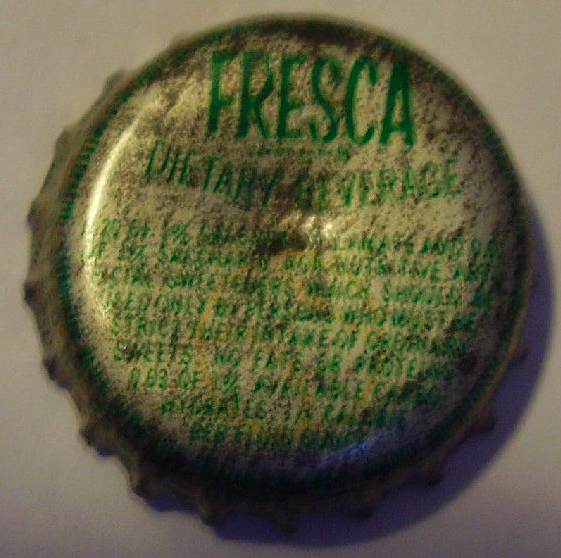 Diet sodas are so popular today, it's easy to forget how feminized the "dieting" market use to be. With men becoming more body-conscious by the 1970s and our FDA considering Tab's saccharine sweetener a possible carcinogen, 1982's introduction of Diet Coke quickly claimed their low-calroie cola market. Coke now positions Tab as a bridge between the energy and soda drink markets.

Value: Player caps run $2-3 online and stars cost a bit more. A courteous dealer from the 2007 National gave me Mr. Staub gratis, a reminder that being friendly and sociable at shows has fringe benefits!

Fake / reprints: It would be tough to reprint a bottle cap.
Posted by Matthew Glidden

Ha- I remember putting 13 complete sets of the (now defunct) Washington Senators and the All-Stars. My dad would get the Coca-Cola vending machine guy to give him bundles of the top every time the Coke machine was emptied. I redeemed them for photos (1 set of Senators photos per complete set) or baseball (5!! sets per baseball). Of course, if I only had kept the sets instead....I would have made a lot of $.