"It's somewhere in this room. Somewhere. I just need to use my good spyglass and find it." 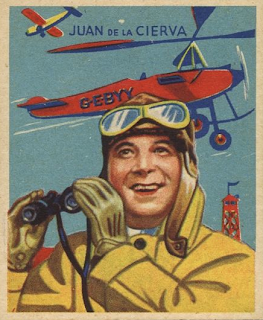 
I lasted 4 days at the 2015 National, arriving for Wednesday's sneak preview, but departing prior to Sunday's unofficial discount day. There's plenty of vintage on display, but personal expectations are always tempered knowing my 1930s and 1940s wantlists aren't easy to hit from $1 card boxes. Low-grade Goudeys have drifted upwards of $5 each and oddball sets remain unpredictable in both location and quantity. But if you've read my Day One Highlights and Day Two Highlights posts, you already know I needn't have worried!

It's easy to summarize these two days as "revisit all those areas that didn't stand out on Wednesday and Thursday." National show floors spread out across a large grid, with large central booths for card companies, publications, web communities, and grading. It's like a Salt Lake City of collecting, a progression of criss-crossed streets expanding out from the massive downtown temple. I visited the "place of worship" (Topps booth) once to get an Allen & Ginter redemption pack.

PEOPLE TO MEET, CARDS TO SWAP

I caught up and swapped cardboard with each of the 20+ friends from OldBaseball.com who traveled to the National. We schedule group events like the White Sox game on Friday (Yankees won big) and a full squad meet-and-greet on Saturday. Here we are in full swing, 1960 team card style. 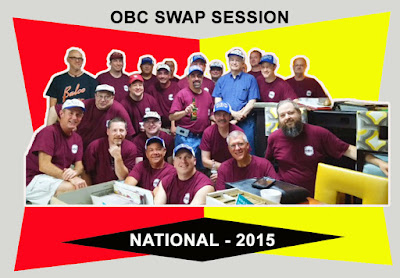 I also made some Twitter connections, including Stephan of @JunkWaxTwins and @YanxChick, who now works for Topps.


BUT ENOUGH OF THE PLEASANTRIES

I bought a lot of cards at the show for the type collection and set building. I felt like this guy, but more smiling. 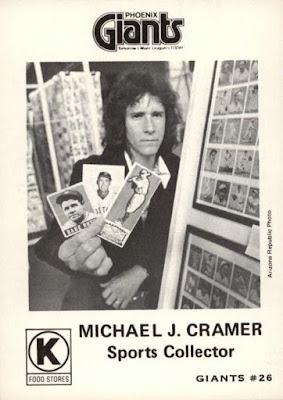 Let's look at some all of them! 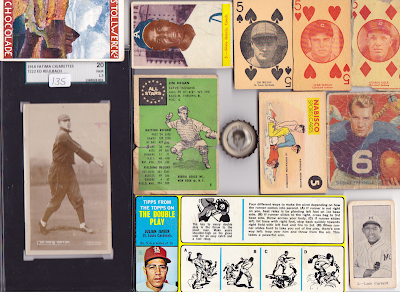 (Links go to blog set profiles, where posted and the others will come soon.)


If you start to work backward as a collector and talk vintage at Nationals, you soon pick up how much focus the dealers of "old stuff" put on buying from each other instead of just selling to attendees. Many well-heeled collectors around the world don't attend this kind of show, making dealers their proxies to acquire items for long-distance resale or auction house consignment. It feels extra-fortunate to find a key hit when you know a number of monied, educated hands already had their shot.

New sets, exciting! Most are from the 1930s to better understand when new card designs and innovations took hold after 1933's explosion of sports interest. Baseball was just a fraction of total card output in that era, so I've added several non-sport sets by Goudey and its close gum card competitors. All sets now appear on my Baseball and non-sport wantlist. 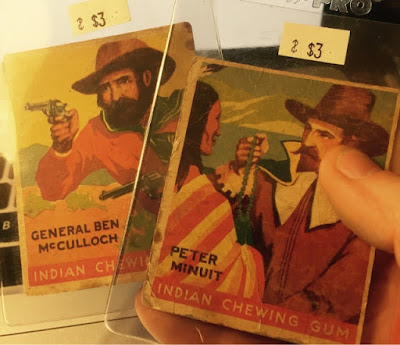 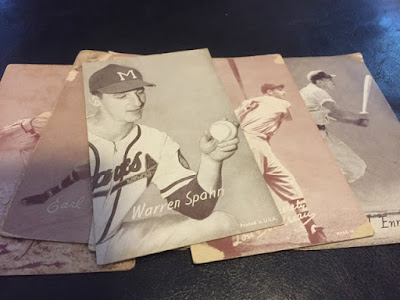 I continue to enjoy the annual National trips, both as an ongoing set-builder and friend to others on similar quests. There are so few opportunities to get 1000s of collectors in a single room and see new things every hour of every day. I'd hate to miss one, even if 2016 means a return to the social and (if you're a gambler) economic vicissitudes of Atlantic City. See you next year!
Posted by Matthew Glidden

Looks like you did well. Exhibits are always well worth the money. You can grab some big names pretty cheap

Thanks, it turned out much better than I expected. Going into the National, I often wonder if this year will be the "beginning of the end"...but then come back with a bunch of cool stuff. Probably better to stay optimistic!