This Atlantic Oil set, given away as an on-site promotion, reflects an explosion of late-60s licensing by the MLB Players Association. Clad in a blacked-out cap and generic jersey, Frank Robinson encourages you to pair him up with AL #4 (who I think was Tommy Davis) and win $100. Just like rare properties in McDonald’s Monopoly games, they printed the other card in significantly smaller quantities to avoid giving away money. 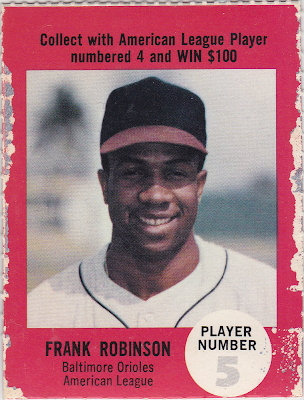 The lack of distinctive logos, team insignia, and player numbers reflects the changing nature of 50s and 60s product licensing. Major league players, through the MLBPA, used their emerging market clout and union strength to make two big steps. First, they negotiated a collective bargaining agreement with the team owners in 1968, a move that later dovetailed into full-scale free agency. Second, they signed a burst of licensing deals that paraded recognizable players across an ever-blander list of “collectibles.” One could argue the league and the players both diluted their brands with MLB’s 1969 expansion to 24 teams and oddities like MLBPA PhotoStamps, pins, and superballs. 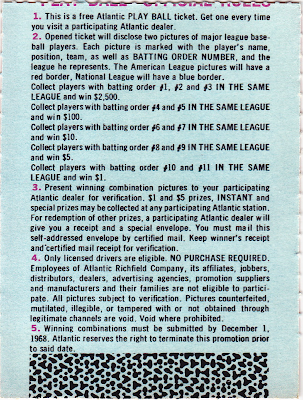 In that vein, The Fleer Sticker Project profiled Topps’ on-again, off-again use of the Houston Astros name and logo in the late 60s, which follows from negotiation with baseball owners over their trademarks. For even more quality history, check out The Team That Topps Forgot by Dave Hornish. Both give a good sense of the cranks and characters trying to stay on top in a changing business and how that played out on the cards themselves.
1967 Dexter Press set contains a more satisfying version of Frank's original photo for this Atlantic Oil card. 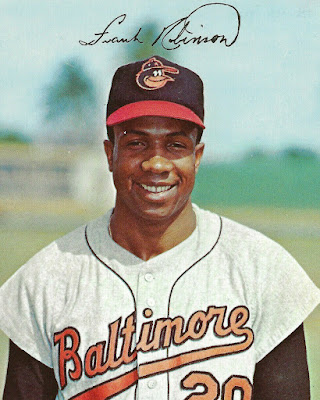 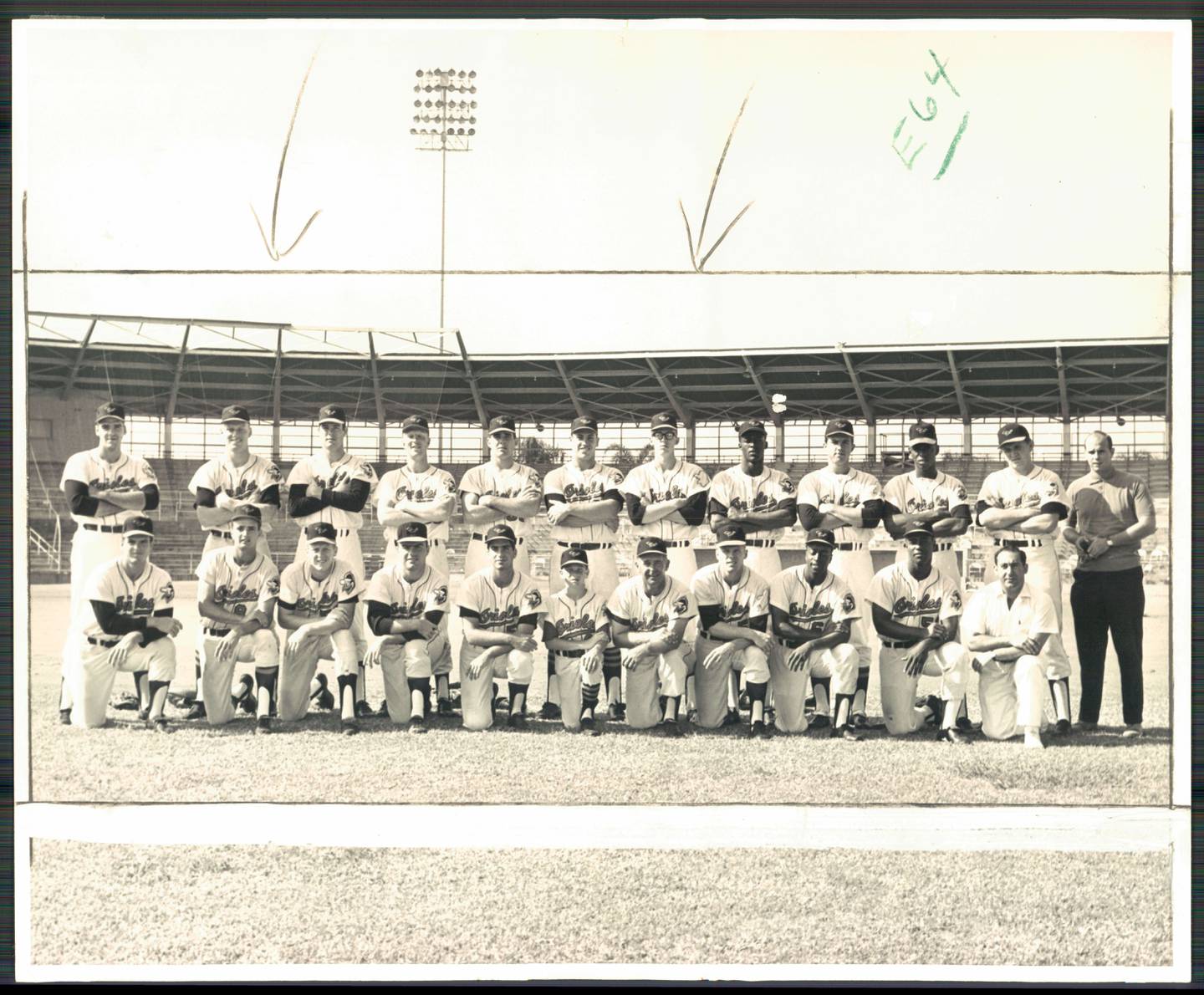 Find more contemporary shots of those Orioles at a spring training retrospective by The Baltimore Sun.
Frank Robinson and others in 1968 Atlantic Oil also appear with this back variation of a game picture instead of game rules. It includes the © MLBPA relevant to that era's changing licensing landscape at lower-left. 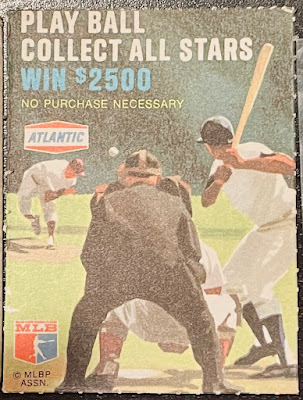 Atlantic Oil printed four different #5s for this contest and Frank's one of the easiest to find.
Value: Frank cost a few dollars in an oddball box, about average for low-grade oddball sets from this era. Fellow #5 Ernie Banks remains a white whale for my type collection, since Atlantic Oil short-printed him for the $100 contest prize and few survive today.
Fakes / reprints: Haven't seen fakes in the marketplace, but it's possible for rarities like Banks. Look for the perforated edges, as each player came on a sheet.
Posted by Matthew Glidden