I end up downloading a lot of baseball pictures, and cards, and pictures of cards while planning posts here or on the Twitter @Number5TypeCard. Today's post spills those photos onto the blog table like a family album of summer and fall recollections. 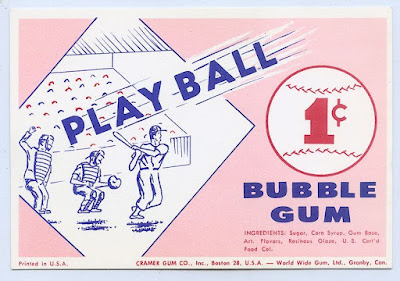 World Wide Gum, a Canadian affiliate of Boston-based Goudey Gum, marketed their 1936 baseball set as "Play Ball Bubble Gum" and this is one of their ad placards. Still boggles my mind that a photo card + gum + wrapper + distribution could generate a profit on 1 cent. 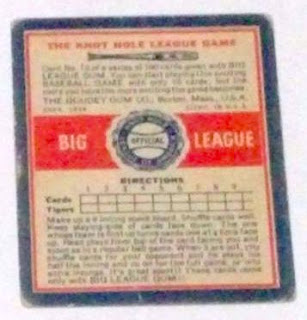 Another 1930s throwback, this pair of fuzzy eBay scans come from the Goudey's obscure 1935 Knot Hole League Game set; see my relevant post for more. Fronts had the Cards/Tigers matchup from the 1934 World Series and backs had in-game plays. You were supposed to obtain enough of them to flip through a full game and keep score on the front. This flip game carried over to Goudey's 1936 set of black-and-white player photos. 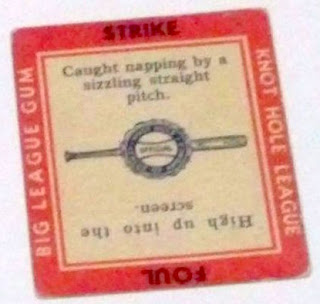 "CAUGHT NAPPING BY A SIZZLING STRAIGHT PITCH." Vin Scully might still say this during broadcasts. 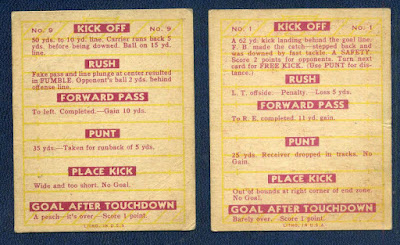 Play result cards for two 1933-34 Goudey Varsity Football, an older cousin to the Knot Hole League game set. Not easy to find, whether singles or lots. 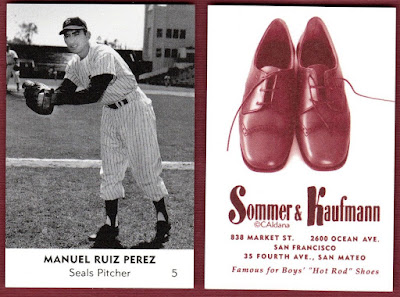 This is a modern, made-for-collectors homage to the late-40s PCL team sets sponsored by San Francisco men's clothier Sommer & Kaufmann. It's not really a reprint, as those sets covered 1948-49 and I believe this is based on 1950 team photos of the SF Seals. 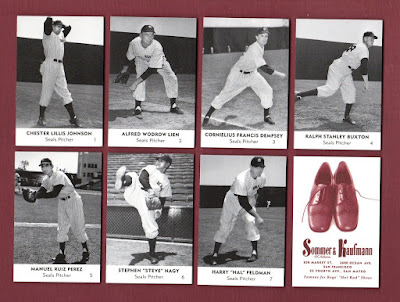 More pitchers from the Sommer & Kaufmann set. Give me a high leg kick over a static pose any day. 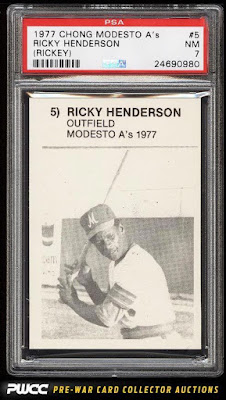 Rick(e)y Henderson's minor league RC is one of the hardest on my type list and this one auctioned for over $3K. I'd expect to spend $1K+ for one at any grade. 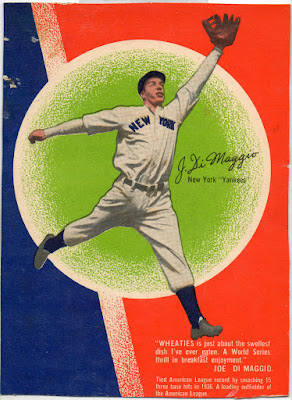 Found this terrific Wheaties panel of a leaping Joe DiMaggio right after the Supermoon Eclipse happened in late Sept. I love the moon-like color and composition here. 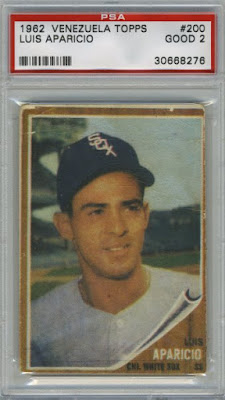 I tracked down a scan of this special 1962 Venezuelan #200 of "Little Louie" for context in my post on the last Venezuelan type I needed, 1968 NL HR Leaders #5. His regular Topps card is #325, but the Venezuelan set stopped at #200 that year, so the printer moved their local hero to an accommodating spot. 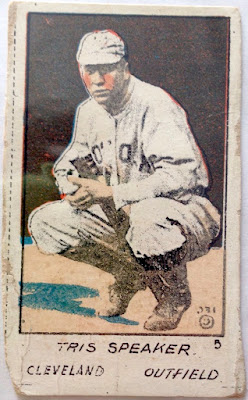 HOF Tris Speaker in a Boston uniform, but printed after his move to Cleveland. Note backwards photo and "IFC ©" in the lower-right corner, one of many peccadilloes for the 1916 W516 strip set. Still not satisfied that I (or the whole hobby) has an authoritative understanding of this set and its variations. 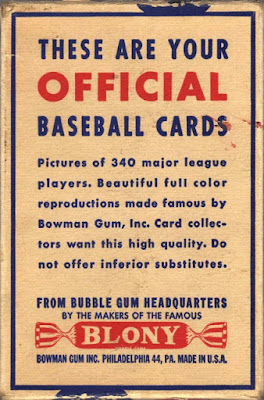 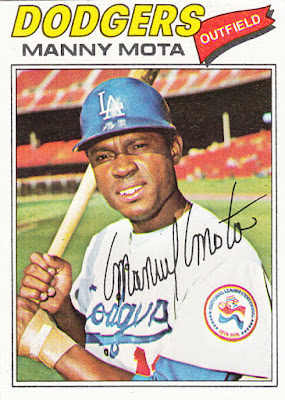 Grabbed this scan of Manny Mota as support for my 1951 Bowman #5 profile of Dale Mitchell. Many was great and this is a great card. Respect to the photographer for using a fill flash and killing the midday shadows under his helmet. Also check out that NL Centennial (1876-1976) patch on his sleeve. 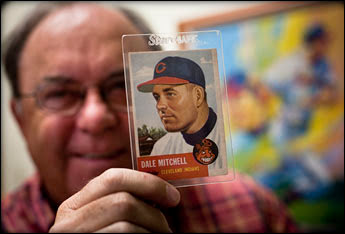 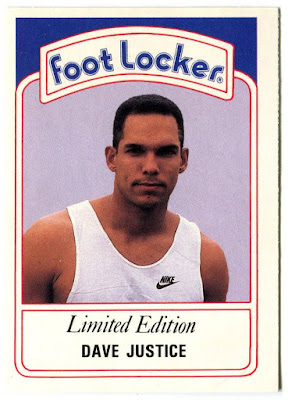 This is technically a #5, but it caught my attention for the HEY LADIES look. Not many cards with branded tank tops out there. 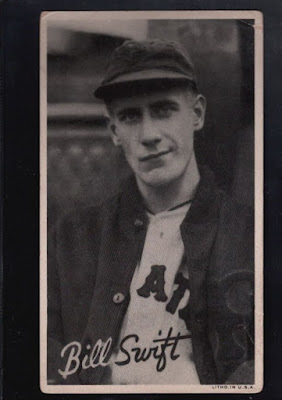 1930s Goudey Premium of Bill Swift. Cool work on the inverse text over his jacket and jersey.

Hi Mark, late to get back: didn't make the Shriners show this time, sorry to say! I picked up a half-dozen or so things from eBay this month as consolation and came awfully close to knocking a white whale off the list at $300+...