Today's profile features more than just a card, easily sorted and stored. You'll need a modern baseball cube to hold this 3" x 3" statue of Cleveland catcher Jim Hegan and the green-and-white card his statue came rubber-banded to in its original product box. 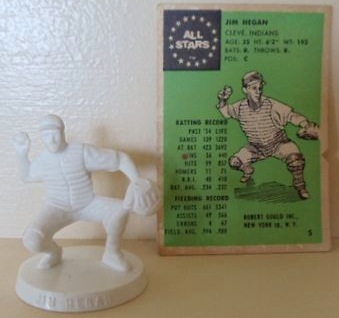 The rare Robert Gould set features 28 players from both leagues, all well-known if not strictly "All Stars" from 1954. (Hegan, for example, last played for the AL squad in 1952.) Each appears as a solid white line sketch and statue, even African-American stars like Willie Mays. As implied by this scan, statue poses match what you see on the card. 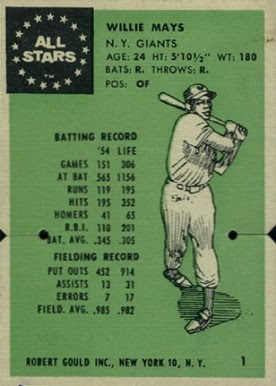 The NY Giants won that year's World Series and Mays picked up the 1954 NL MVP, so he deserved spot #1 on the Gould checklist. His basket grab of Vic Wertz's 420-foot drive remains the definitive baseball "Catch." (Video at YouTube.) 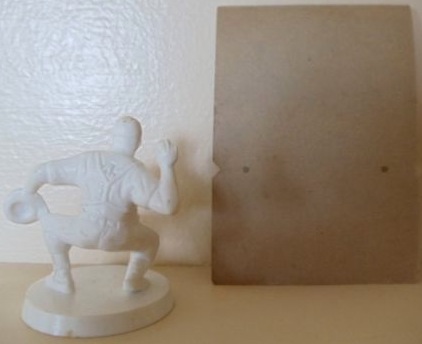 Those notches and small holes held each statue to the card with a rubber-band, so aren't considered "damage." (I've never seen a card without them, so would suspect a fake if they were missing.)

UPDATE: Gould also published this album of all players, front/back cover and two interior scans below. 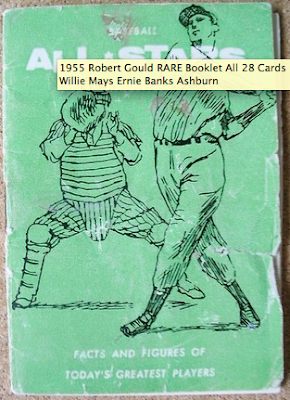 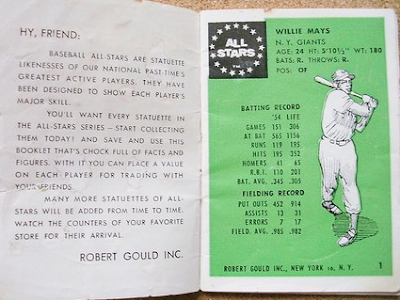 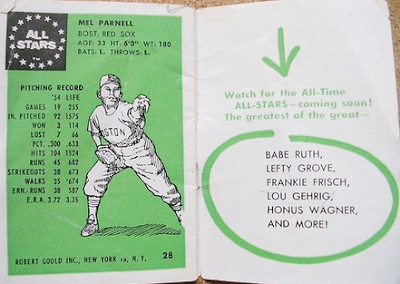 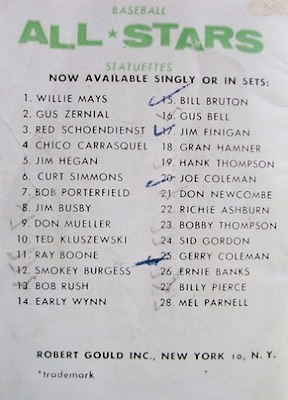 Interesting that you could get them in both singles and sets! Haven't heard of a special "set box" or the like before--anyone know of anything like that?

Value: So few reach the market that it's hard to set a price, though collectors do pay more for cards over statues. That said, eBay dealers who ask hundreds for singles are dreaming; $75 for non-star card + statue is more likely.

Fakes / reprints: Only advanced collectors know much about these statues, making it hard to find an audience for fakes of what's honestly a bland set.
Posted by Matthew Glidden