Until last week, I never thought about Toby Atwell, mid-1950s catcher, as either player or baseball card. He's just one of those guys you flip past in the collection. Toby's minor claim to collecting fame follows his "status" as 1952 Topps #356, one of its elusive high numbers, not that Toby seems to be enjoying the privilege.


After a week delving into 1950s Bowman and Topps, I found a second reason to care about Toby Atwell, and it's not thanks to high numbers or rookie cards. It's caring about the business value of using what you have and using it well. Let's start that work with 1954 Bowman #123, "serious Toby."


Side note: Toby's no-flap helmet reminds me of Pittsburgh's flirtation with fielding helmets throughout the 1950s, shown below protecting relief maestro Elroy Face. (Keith Olbermann shared several similar photos in his post about their helmeted era.)

Back to Toby, the baseball card, built from a hand-colored photo and purple autograph nameplate. When assembling 1954 cards, Bowman laid a color stripe over each card's bottom edge and then added their player's autograph in black ink with a stamp-like printer's die. I think they rushed this part of things, leaving a cropped name for many players and quality issues on some adjacent cards. Back in 2009, former SCD catalog editor Bob Lemke profiled "extra loop" variations where #2 Jackie Jensen crossed onto #10 Carl Erskine... 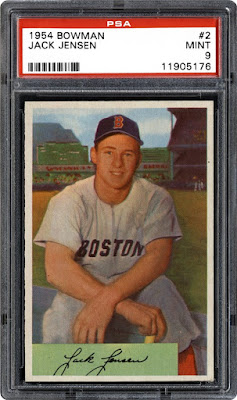 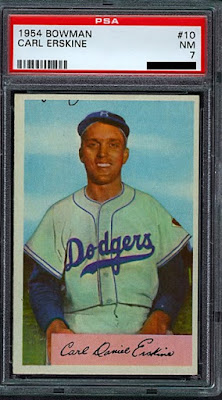 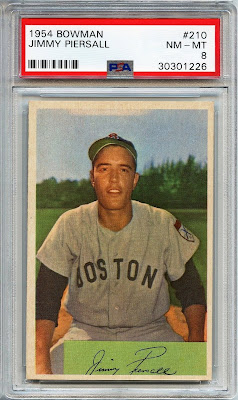 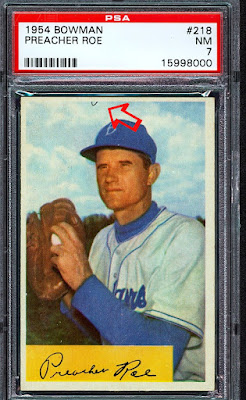 While Bowman corrected these "extra loops" on later print sheets, I wondered about Toby Atwell's 1954 card and its floating double-line above the "T." Was that yet another player's autograph overlapping onto #123 from a different direction?

In this case, no. Autograph image searches show that Toby crossed that "T" with a wavy line throughout his life, as seen on this signed 1954 card. Bowman's odd trim job left it more mysterious than it needed to be.


Seeing 1954 Bowman lop off pieces of both "Y" and "Atwell" made me wonder if they even owned a proper signature for Toby at all. It took investigation of three sets to answer that question, starting two years earlier.

Bowman's first player autographs appeared in 1952. I think they compliment that year's artistic work, even if their cards feel "small" compared to the more sizable 1952 Topps. 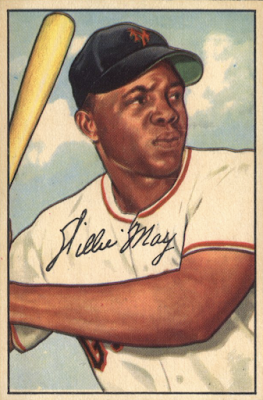 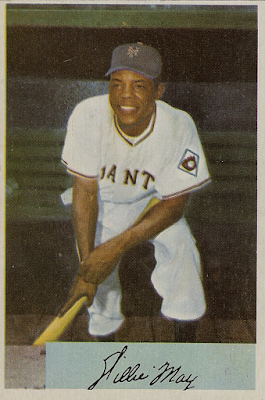 Toby didn't appear in 1952 Bowman, so they acquired a signature for on-card use sometime between then and 1954. Look at his 1952 high number again and note the "Maurice" signature. Toby had been on Topps cards for 1952 and 1953, before moving to Bowman for 1954 and 1955, perhaps on an exclusive contract. Jason Schwartz talks in detail about Bowman's skill at signing players to these contracts in SABR's 1954 Cardboard Crosswalk article. It's worth your time to read, now or later.

When Bowman folded after 1955 and Topps acquired their business assets, most recollections of the bankruptcy sale talk about the business value of existing gum card contracts. The nature of such a sale implies, without making explicit, that physical things like printing dies and plates also moved from Bowman to Topps.


Toby's return to Topps cards after Bowman folded helps confirm the extent of what they handed over. That "ghost" label's where I overlaid his 1954 Bowman nameplate onto 1956's "Toby Atwell" autograph and got a perfect match, including the wavy crossed "T" circled in red.

While "Maurice D. Atwell" on 1952 cards, he became "Toby Atwell" for 1956. Unlike their former competition, Topps did this job without trimming pieces off the top and bottom. We can assume Topps did the same for a number of former Bowman players. 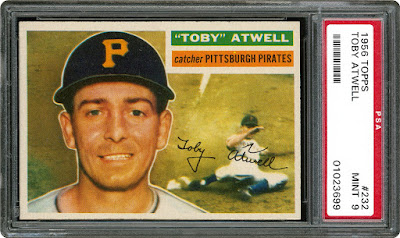 Summary: You can spend a lot of time and effort producing cards and some sets cut corners to save both. Bowman cut corners in a literal way, reducing the quality of their 1954 cards. There's some justice in how Topps improved on Bowman's dodgy choices with Bowman's own printing dies. If I were 1956 Topps Toby, I'd be smiling, too.
Posted by Matthew Glidden