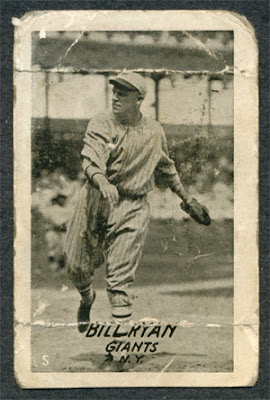 Fakes / reprints: Haven't seen any in the marketplace, but the HOFers are certainly at risk for fakery. Any deal that seems too good to be true goes double for this kind of set.
Posted by Matthew Glidden

I just looked these up. Wow. Super tough to find any cards.

Yeah, I'd barely seen any at all before finding that gallery! The guy who compiled has a certain number of them for sale, but no type for me. He might be only guy with a dozen or so at this point.