With the loosening of Amerca's decades-old Cuban travel and trade embargo on our horizon, I dusted off a dormant entry for one of my type collection's White Whales: the Caramelos El Indio cigarette set. These black-and-white photos celebrate Cuba's 1948-49 Winter League, a warm-weather haven for baseball pros from a time before Castro's revolution. This particular #5 features Orlando "Tango" Suarez, catcher for the Almendares city team and veteran of several Cuban pro seasons. 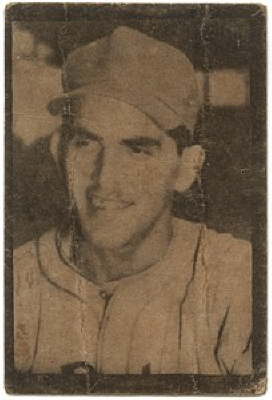 Multiple Latin American and Caribbean countries hosted "winter leagues" between November and February, so Cuba wasn't the only such off-season league. Mexico, Puerto Rico, Panama, and others  have hosted similar leagues on-and-off since the early 20th century.

On the collectibles front, various tobacco, photo, and magazine publishers printed cards or stamps to support these winter league seasons. The 96 cards packaged with El Indio products show 24 players for each city in Cuba's 1948-49 league: Almendares, Cienfuegos, Havana, and Marianao. 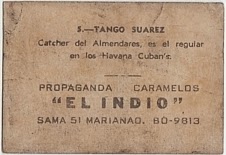 The bio text notes Suarez played regularly for the Havana Cubans of Florida's International League (a Cuba-Florida crossover) and this Havana club served as a low-level affiliate for the Washington Senators for several years.

Baseball Reference has a starter profile for those new to Cuba's league history, though its easiest demarcation is pre- and post-1961, the year Fidel Castro banned pro sports nationwide. This socialist shift also put an end to the scouting connection between MLB teams and Cuban winter league rosters, though some players took the risk of defecting to America when they felt baseball success was within their grasp. 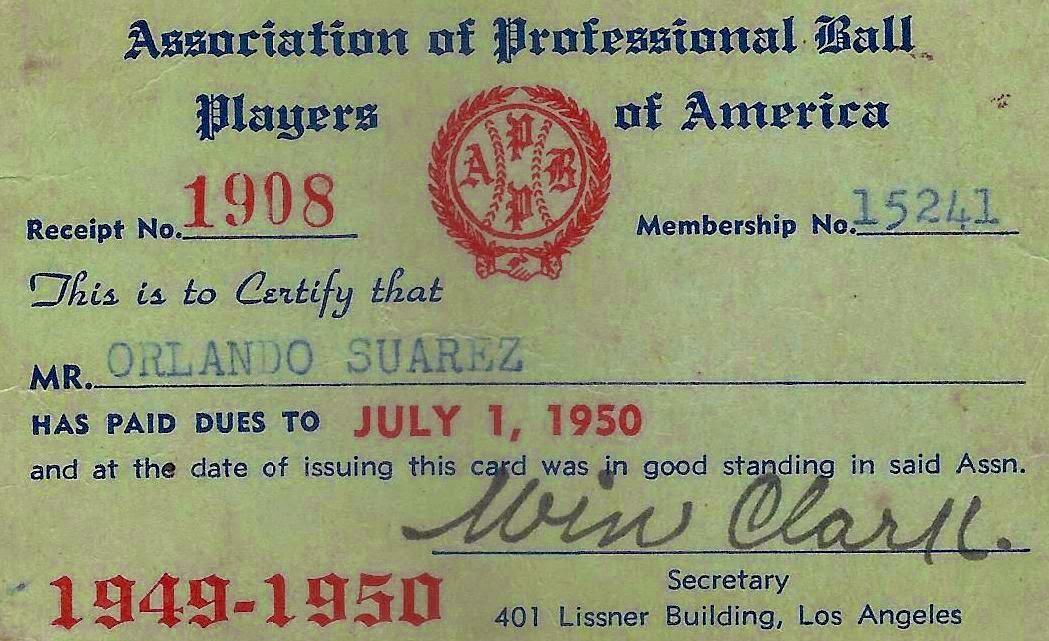 Tango's APBPA card for the 1949-50 season reflected his move to America's Southwestern minor leagues and he appeared on their pro rosters through 1953, though he never made the bigs (minor league stats).

This isn't a union card, as the APBPA's a fraternal assistance organization for current and former players; find the summary of their mission at APBPA.org. 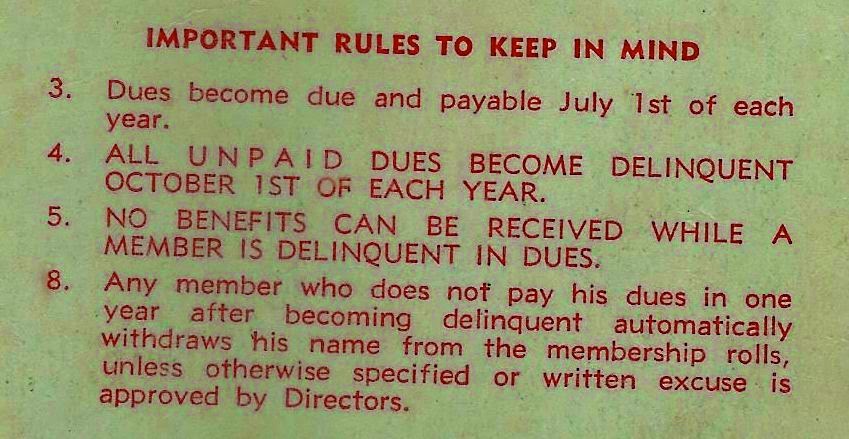 Why is this type card a White Whale? In short, rarity. Very few El Indio cards survived to reach modern collectors hands. As of writing, PSA's report lists just six total, with half-a-dozen players graded once each. Old Cardboard's set profile says a collector album exists, but I've never seen a scan for it. As with many vintage winter league sets, completing something from this era's almost impossible, no matter how much money you can throw at it.

Value: Low grade El Indio singles have auctioned for $40-50 at CubanBaseballAuctions.com, with much higher prices expected for Hall of Famers or Negro League stars. Many of the Negro Leagues' best played in Cuba and other winter leagues, which sported integrated teams well in advance of an American equivalent.

Fakes / reprints: It'd be hard for fakes or reprints to surprise advanced collectors, so I doubt you'd see something so rare faked for the marketplace.
Posted by Matthew Glidden

Another great rarity. Well done. Looking forward to seeing more cards and collectibles make their way out of Cuba for all to see.