If you collect modern Allen & Ginter cards, it can seem baffling how Topps finds so many random subjects to turn into one "normal" set. Irresistible cat cards, anyone? 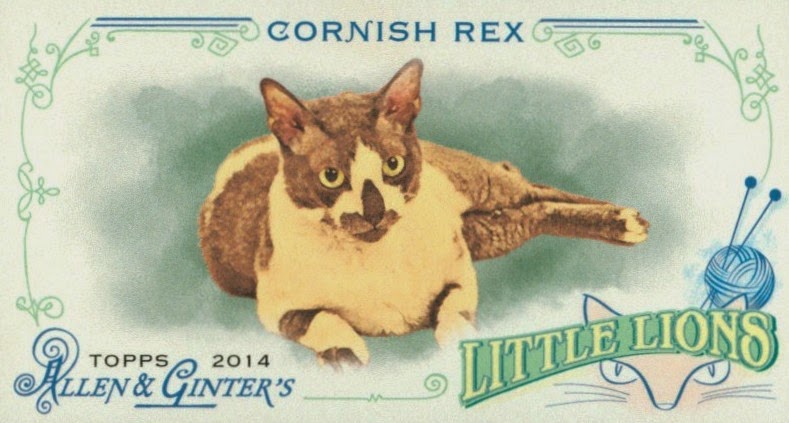 For a seminal look at how war machines, natural wonders, technological advances and sea creatures all rate inclusion in a modern set, look no further than the wild and wooly world of British cigarette cards. Throughout the 20th century, companies perked up their packs with hundreds of subjects, from household objects to hammerheads. 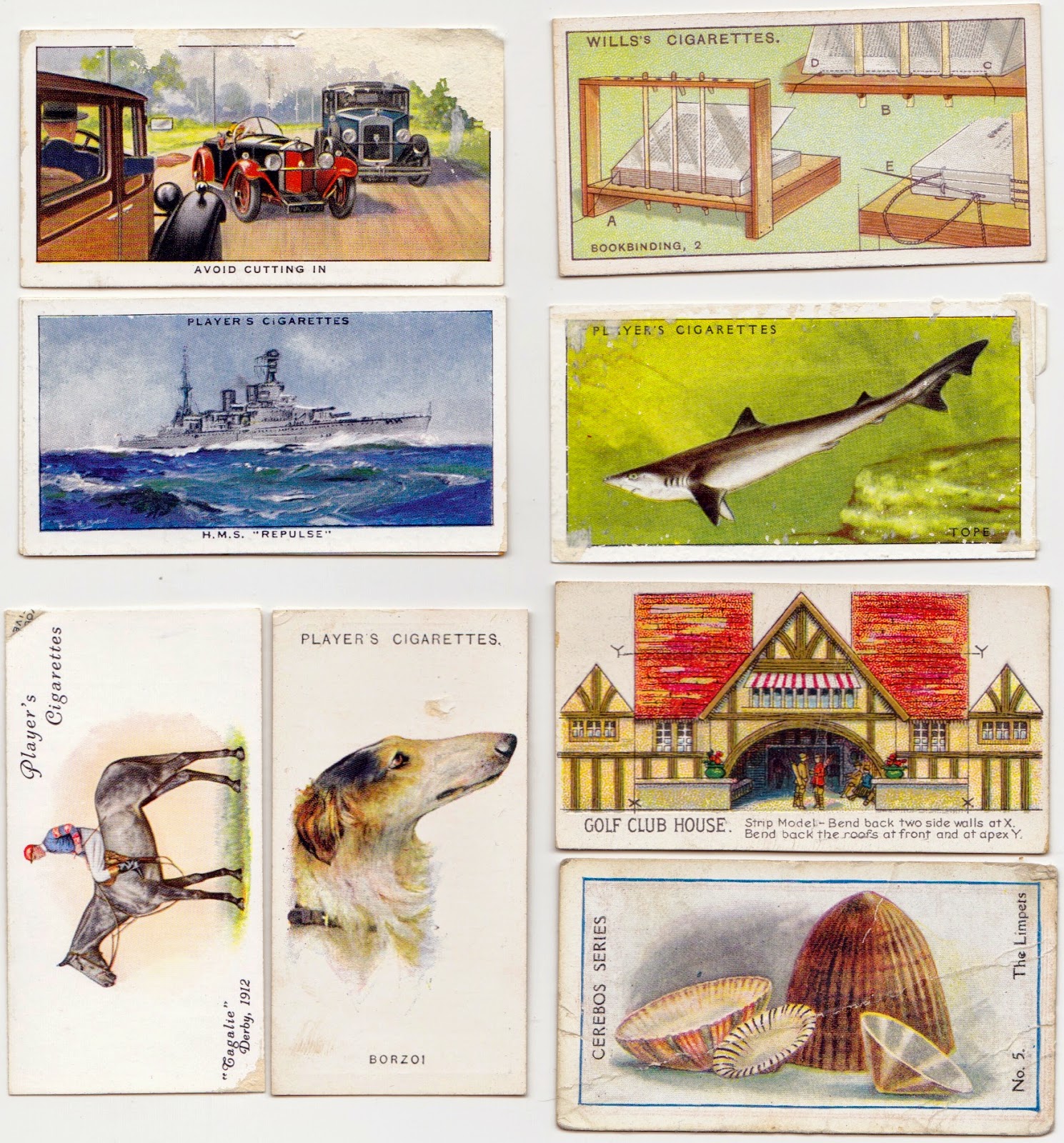 These #5s represent a tiny fraction of what's collectible, as catalogues count over 15,500 known sets. My eight type cards came to the USA via a Scottish OBC trading friend (thanks Glenn!) and are easy to learn more about from their textbook backs. 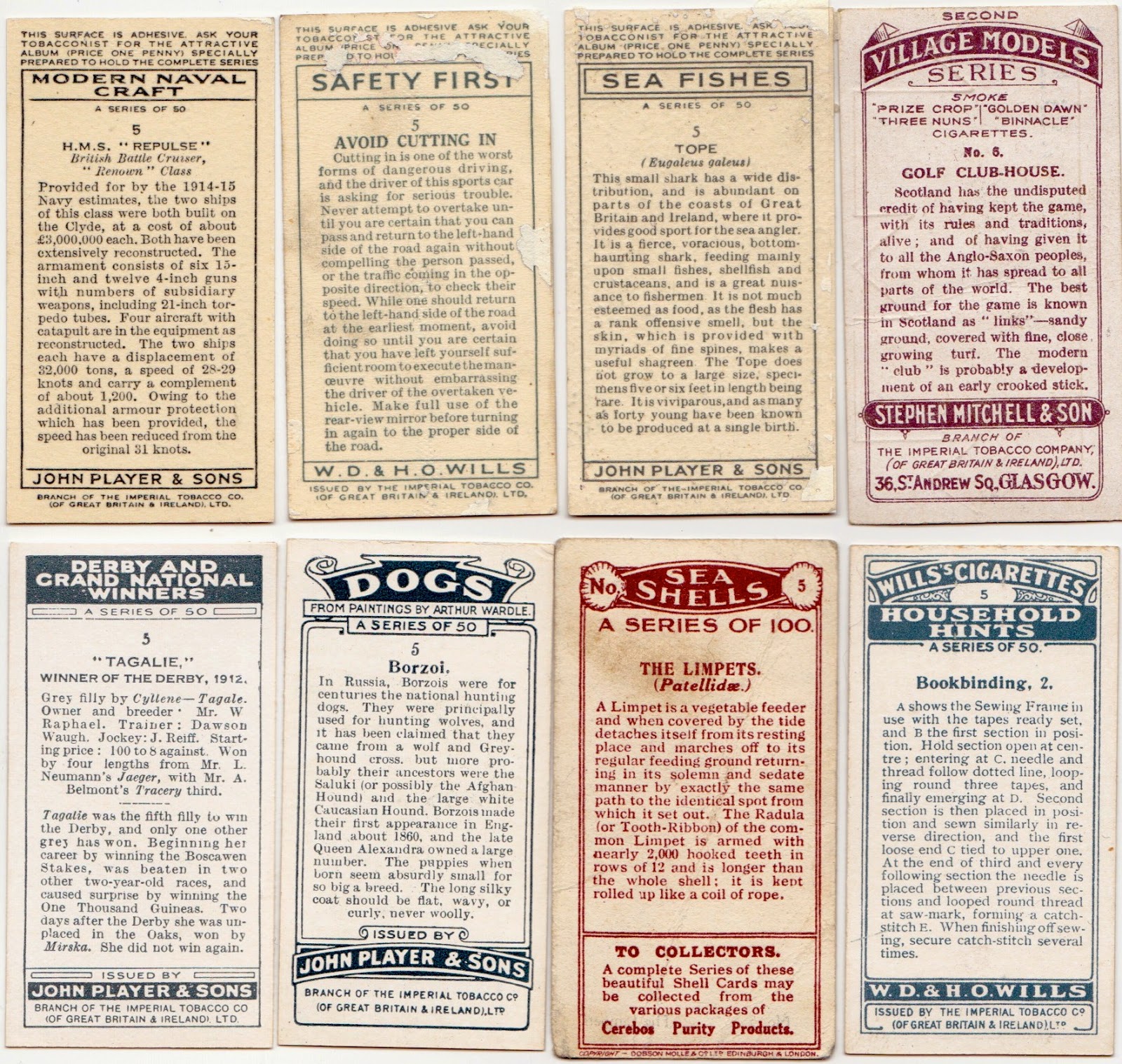 Here's a closer look at my favorite of them, the 1934 "Safety First" series, as packaged with W.D. & H.O. Wills cigarettes. 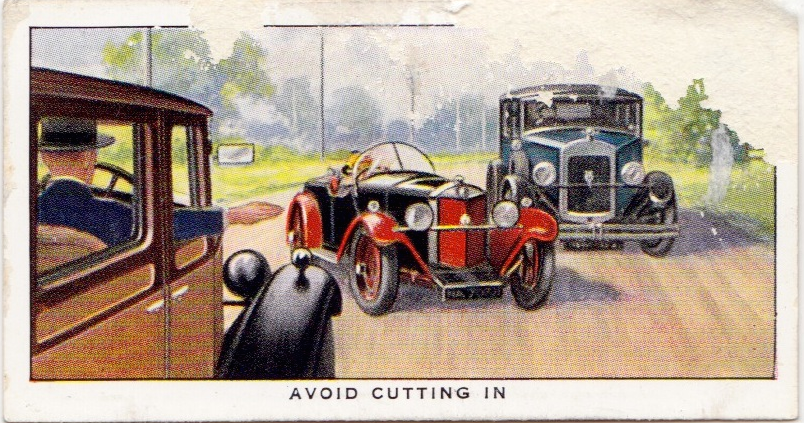 I bet Boston motorists would treat this like water off a duckling's back. (If you don't want me to "cut in," don't drive like you got nowhere to be!) 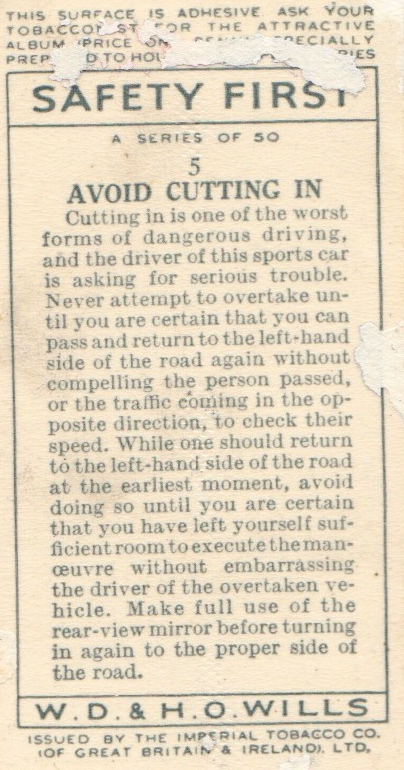 This set boils down to "what terrible fates we suffer thanks to The Wheel." Cards, bicycles, and toy hoops all create scenes of danger that the Wills' author then admonishes against. 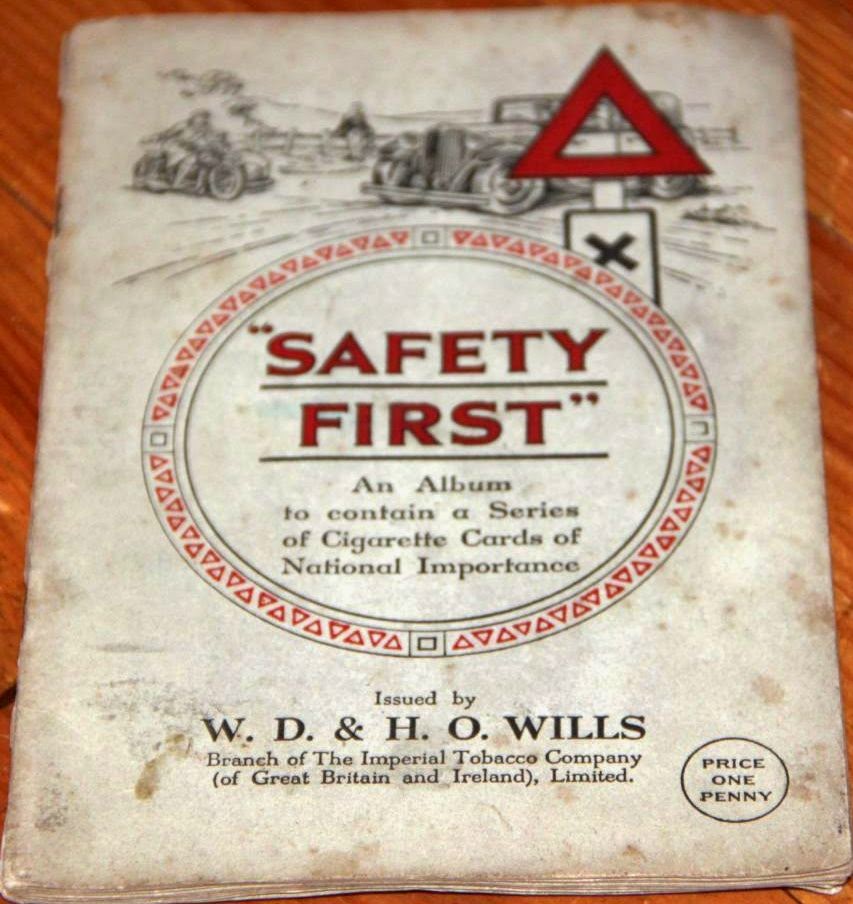 Safety First's one penny album includes mounting spaces alongside text from each back, since you can't read anything once they're placed. (Card backs are pre-gummed, so you just moisten and stick them right on the page.) 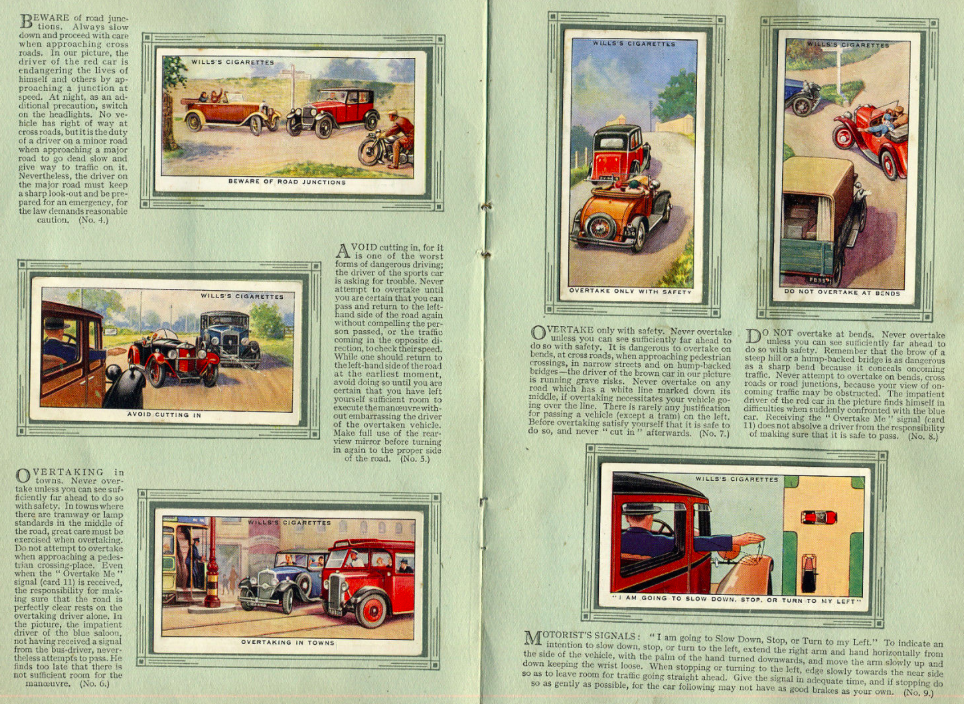 Value: The good news is that British tobacco cards don't cost much compared to American baseball cards from the same 1920s & 30s time period. The Safety First set runs under $40 on eBay.

Fakes / reprints: Many 1930s British sets have reappeared as modern reprints. Look for "reprint" in the card text or glossier, modern paper stock. Even with little money at risk, it's better safe than sorry.
Posted by Matthew Glidden