Back in the mid-1930s, National Chicle and Goudey Gum (both Massachusetts-based) competed for dominance in the baseball card market, spreading big-picture sets across multiple years of the Great Depression in an apparent attempt to see which would win by attrition. That "survivor" proved to be Goudey Gum, who acquired a bankrupt National Chicle's assets in 1937. Among them was remaining stock of Batter-Up! Gum cards, this die-cut "set of many colors." (Its #5 is one of my favorites.)


It's not clear how Goudey dealt with Chicle's various products, but it's doubtful they printed more. Even collectors with deep pockets find Batter-Up hard to complete, given its many scarce high numbers. My current wantlist is heavy with those upper reaches.

1934-36 Batter Up wantlist: See my vintage wantlist for current needs.

Common high numbers cost $10+ each in low grade, so considerable investment lies before me, unless I can pull the trigger on more trades like this one. 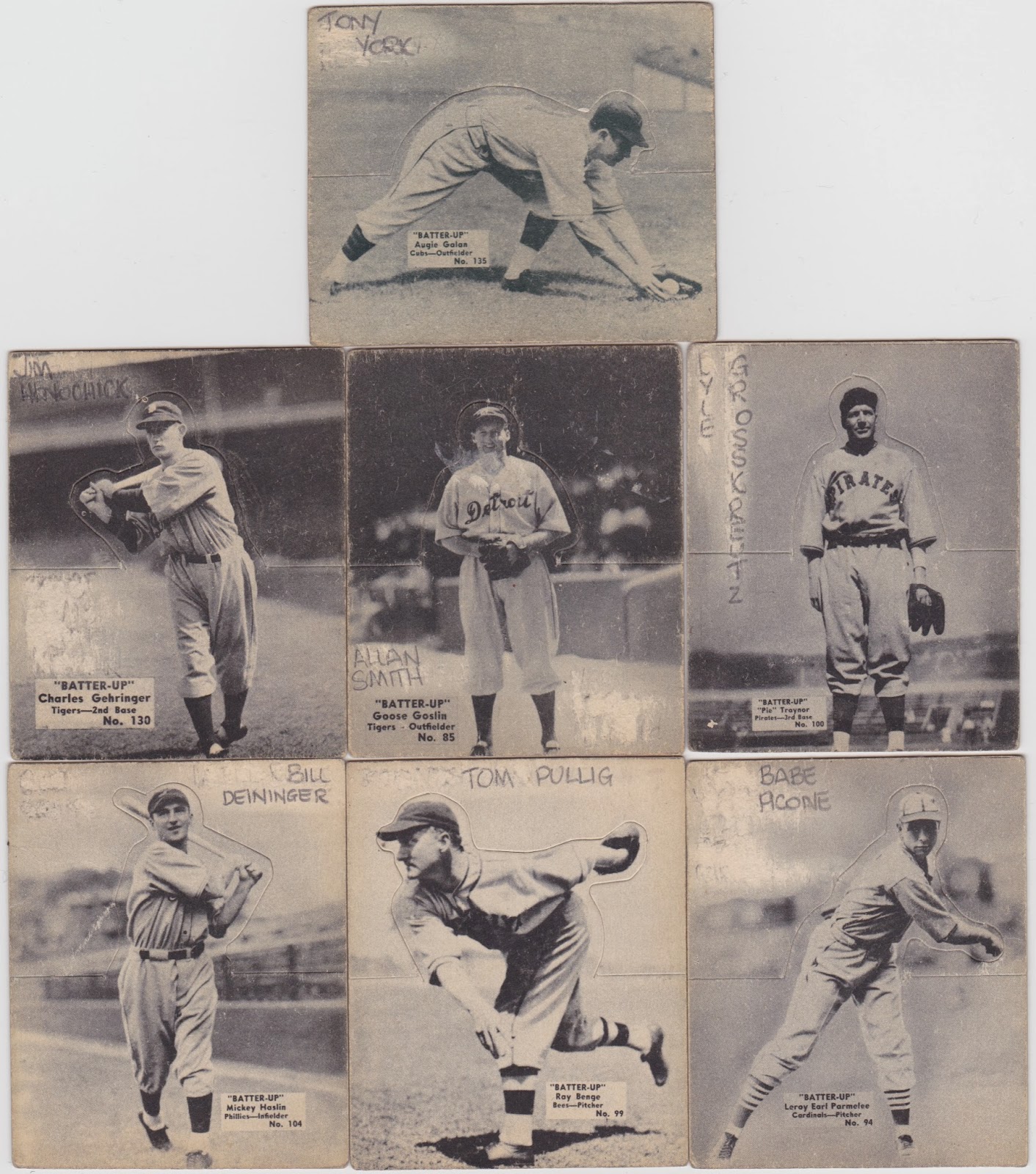 OldBaseball.com friend Andy C swapped these Batter-Ups for several Goudey extras, making a rare dent in my high numbers. These particular cards stand out because a previous owner added other names to each player. Augie Galen, for example... 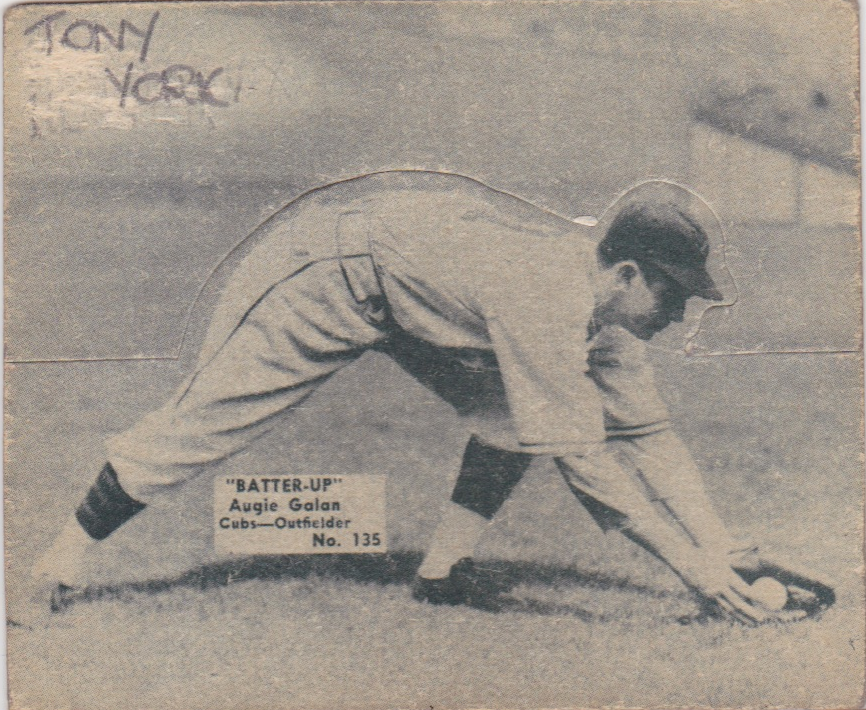 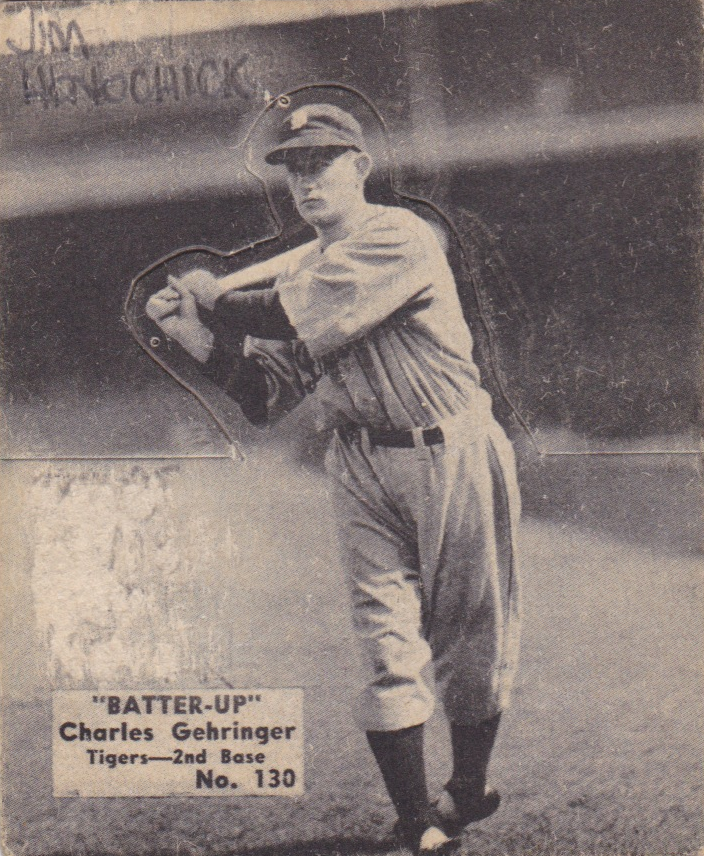 ...is now Jim Honochick, an obscure 1940s minor leaguer (career stats). Here are their other mentions.

It's hard to find rhyme or reason behind most of the name changes, so maybe I'll let the mystery be.

Big thanks to Andy C for his trade! Also props to Peter M, Jim H, Steve R, Bama, and Ed W of OldBaseball.com for earlier additions to my set.

Aug 4: Andy C hit me again with #139 Bill Jurges, who was pencil updated to Norm DeWeese, a 1935-47 outfielder in several minor leagues. Still don't know how to account for the new names, but it's a fun diversion to wonder how they fit together.

Nov 29: Taylor S sent #39 my way! One extra piece of thanksgiving for this week.

Jan 10: HOF Bill Terry arrives from eBay! Took advantage of a post-holiday sale and got him for $18.

May 26: HOF #42 Charlie Gehringer arrives from eBay and knocks my low number list down to 2!

Just picked up 5 Redsox. Paid about 12.00 apiece. In fair to good condition

Sounds like a good lot, Mark, did you find them at a show?