Eureka, it's a stamp! This 200-count set of MLB players stands out for two reasons. Most prominent are the full-color, Kodachrome photos, which bubblegum cards didn't premiere until 1953. Second, and less visible, the backs use lick-and-stick glue, a substance rationed during WWII, but back in public circulation by 1949.


Vintage catalogs record these as "Eureka Sportstamps" because of the tiny print under that yellow bar.

"Eureka" doesn't appear on the album or packaging, so it's possible the stamps were printed under a separate company name for financial reasons. Thanks to its photo album and some deep investigation by a stamp collector (see Cinderellas and Poster Stamps of F. H. Dietz), we know an entity called National Poster Stamp Society designed the set itself, arranged on 10 sheets of 20 players each.


National Poster Stamp Society planned to release further Sportstamps sets, but stopped at this single run of 200 National Leaguers. Scans of the company-made album cover, pages, and "collectors' club" hint at what could've been.


UPDATE: Return address on one of the original mailing envelopes. Sportstamp kept their offices in the Weightman Building on 1524 Chestnut Street, Philadelphia, PA.

The album itself echoes the Sportstamps text and claims a home in Scranton, PA. 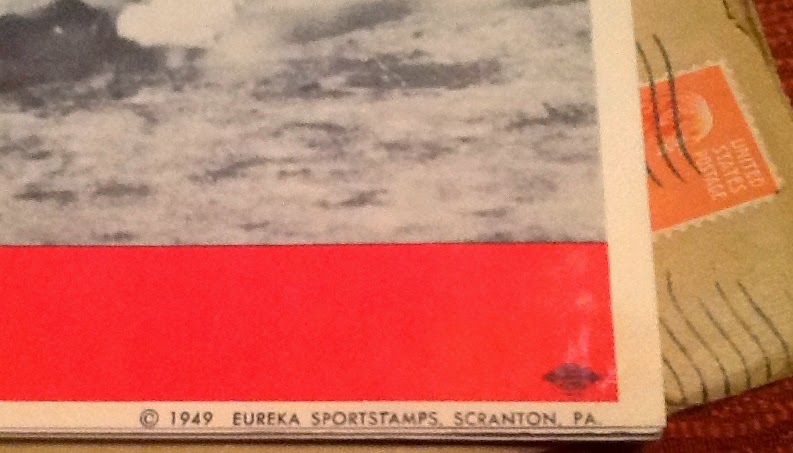 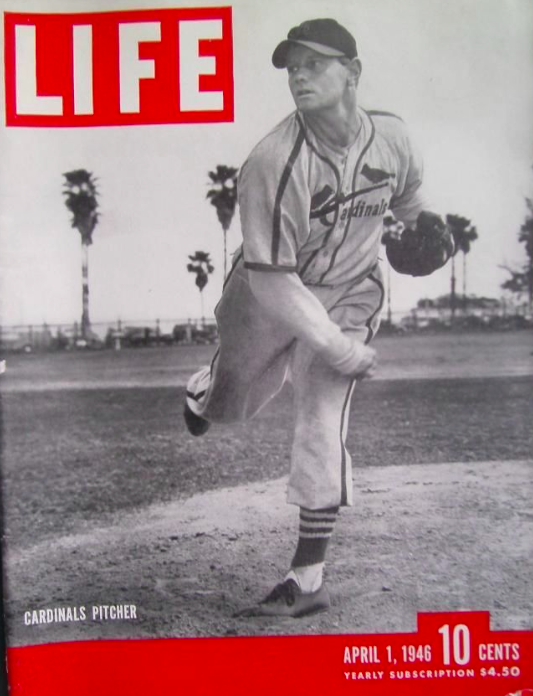 Barrett also set a baseball record for efficiency by completing a 2-0 win over Boston's Braves in just 58 pitches on August 10, 1944; Baseball-Reference covered both it and other quick games.

UPDATE: Terrific find by fellow OBC collector Greg, who pointed me to this October 1949 Poster Stamp Bulletin profile of the Eureka set. Its article states a 600,000 print run and August release date, with the whole set (plus album) costing just $1.


According to Alphabetilately.org, the National Poster Stamp Society was a hobbyist arm of the Mid-States Gummed Paper Company, making their 1949 printing one of the earliest direct-to-collector baseball sets. It's only preceded by another NPSS set, this 24-player 1944 sheet of New York Yankees that celebrates their 1943 World Championship. 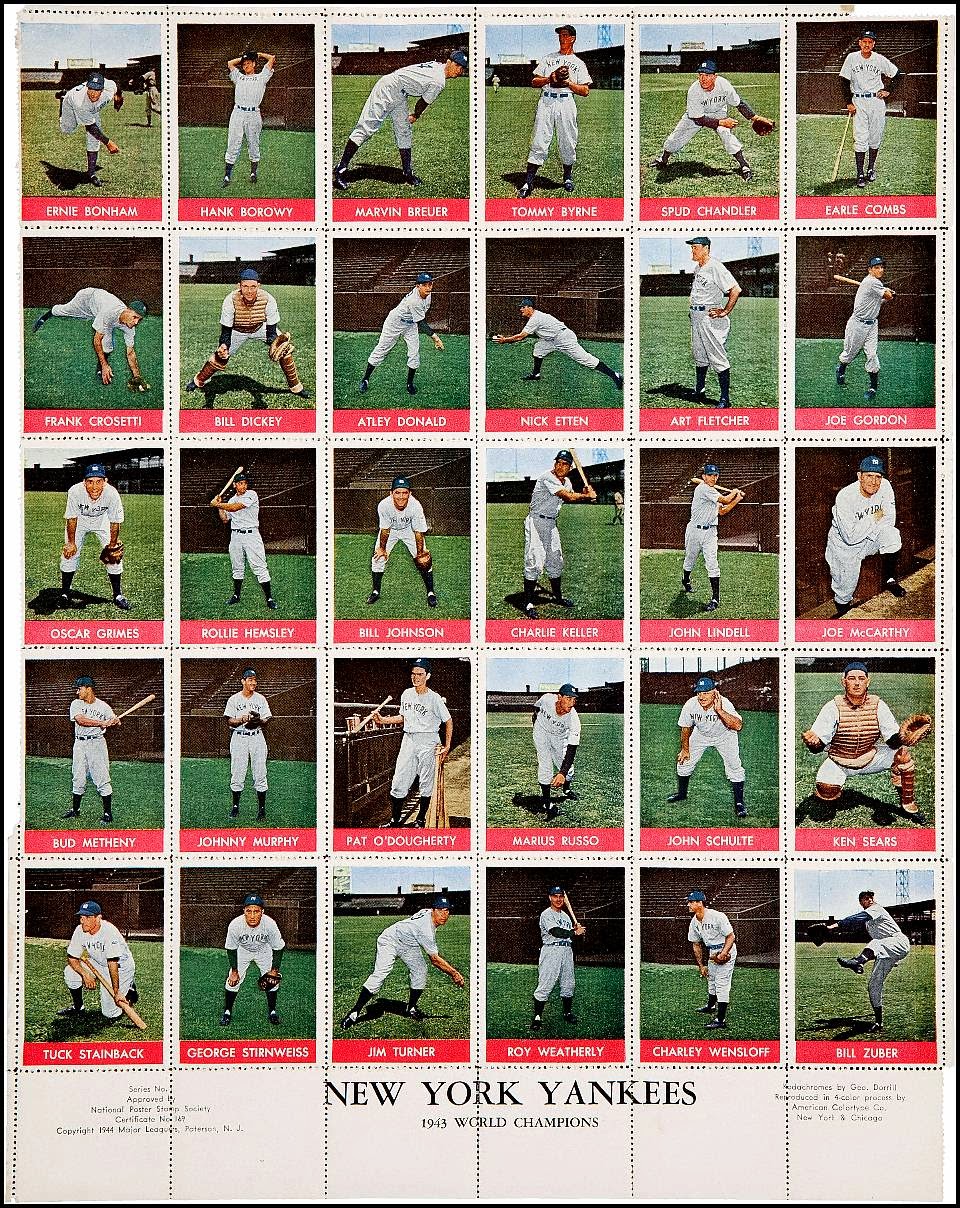 NPSS credits longtime baseball photographer George Dorrill with taking these images and, as in 1949, they created an album to hold the stamps. Its design echoed the American air power theme familiar throughout WWII. 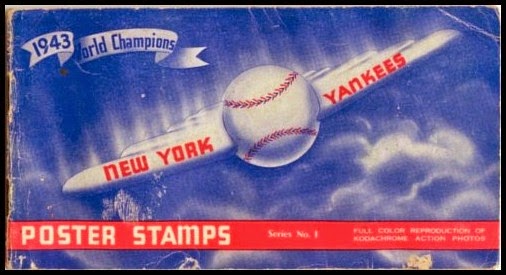 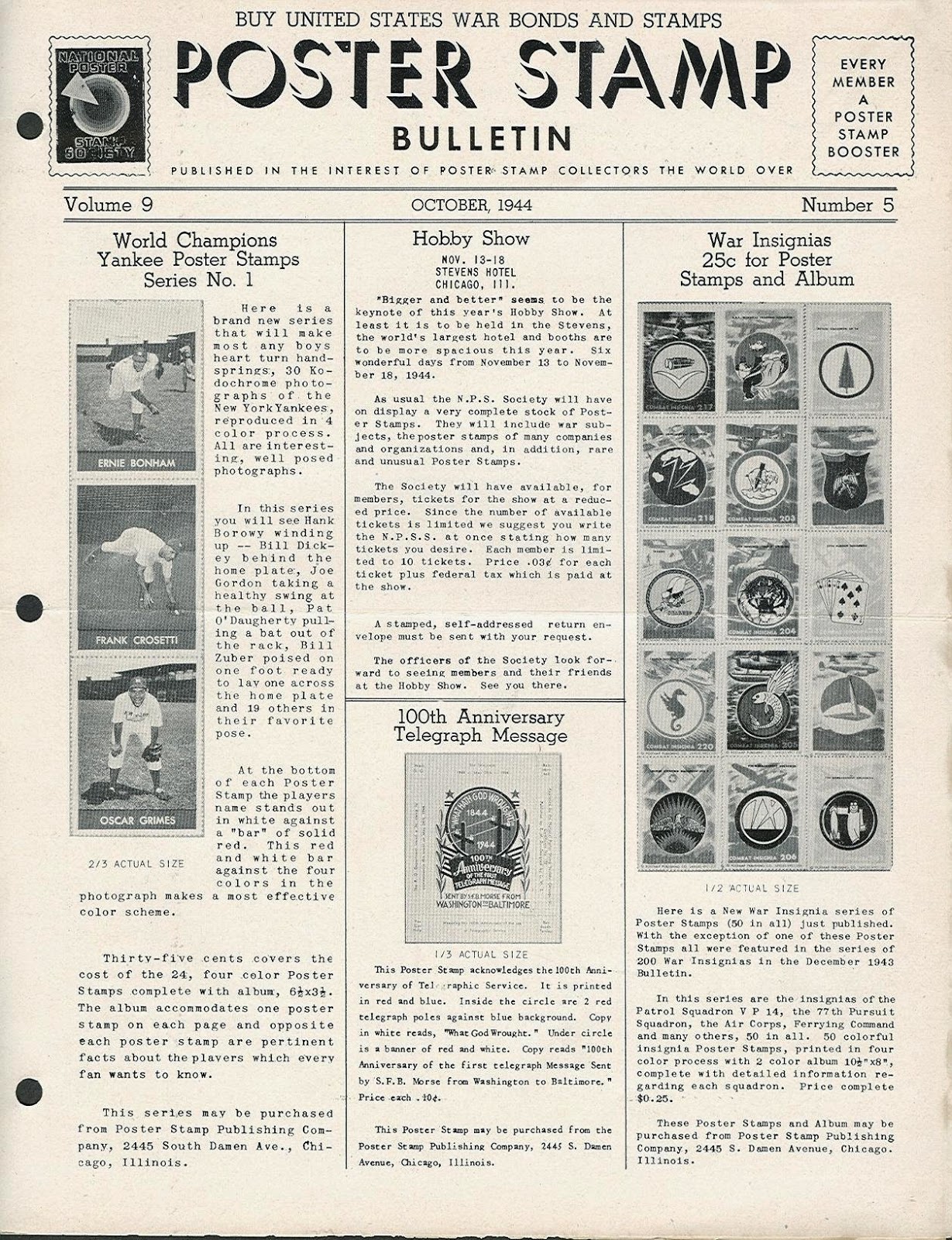 Full credit to Alphabetilately.org for tracking down all this extra info and providing scans!

Value: Single stamps are scarce but easily damaged, so come cheap in low-grade. Stars in good shape can run $20 and up, and albums with full sets cost hundreds.

Fakes / reprints: Haven't seen any in the marketplace, but it's worth being careful when buying stars, since sets with blank backs take half the energy to fake.
Posted by Spike Glidden

Very cool set. I've seen these around a few times. It's unfortunate as a Red Sox collector they didn't make it to the American League set.

And in that spirit, doubly unfortunate that the 1944 Yankees stamps were their only other baseball set... :-)

My uncle just found one of these books that had been sitting in a drawer for the last 50 years. Only one or two of the stamps are glued in their spot. The rest of the sheets of stamps are as they were when originally purchased. How much do you think this set is worth?

The best yardstick I have is eBay's sold auctions. Not many 1949 sets or albums out there, but here's one that closed at $60 Canadian.