In 2013, a Net54baseball.com collector shared this photo of an uncut test sheet from the middle of National Chicle's 1934-36 "Diamond Stars Gum" set. You can't tell from this side, but it's a classic of both baseball and Art Deco design. 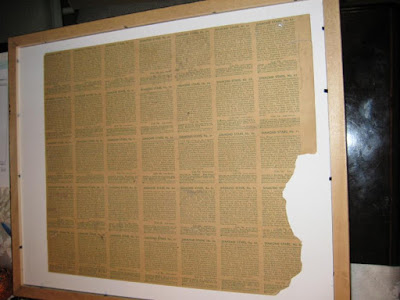 Backs comprise #61 to 72. This is the flip of that test sheet, with no printed fronts. 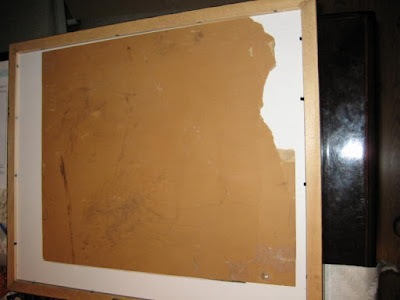 Chicle printed their 108-card Diamond Stars Gum set across three years and this sheet is from 1935. This PSA-created graphic breaks down cards printed in each series.

The Net54 owner reported this breakdown of his 12-player, 35-card test sheet.

It's not known if other sheets with different layouts "balanced" the staggered 1/2/4 numbering for #61-72, but one can argue that limiting some numbers would keep kids buying packs, hunting for numbers not easily found. No law mandated they fill in the gaps or make it easy to finish sets. National Chicle's crosstown rivals Goudey Gum teased collectors in 1933 by leaving #106 out entirely. Buyers eventually realized it didn't exist and complained to Goudey. They created #106 Nap Lajoie in 1934 to fill this gap and "complete" the 1933 set.


Today's #61-72 test sheet might not be the final (or only) card arrangement, so we don't know for certain Sam Leslie made it into packs at 1/4 the rate of guys like Ducky Medwick. But it sure seems possible.

If so, is Sam more valuable? Not necessarily. Sam's a common, so proves most valuable for Dodger collectors or as part of a complete set. Price pressure on one 80+ year-old card's controlled by the small number of people working on prewar sets in the first place. Even if Sam's "rarer," modern collectors can find #68 without much hassle on eBay.

VALUE: Uncut prewar sheets are nearly unheard of, so value is speculative. Low grade #68 Sam Leslie ranks with the Diamond Stars commons at $5-10.

FAKES / REPRINTS: Lots of Diamond Stars reprints exist and I always recommend buying prewar type cards from dealers you trust. If you plan to make prewar part of your collection, familiarize yourself with the various ways people faked them in the past.

See https://sabrbaseballcards.blog/2021/07/21/a-closer-look-at-the-1935-diamond-stars-release/ for another article featuring a different sheet with the same card numbers. In this particular scrap, 68 and 71 appear once while other numbers appear 2-3 times. However, in my same article I present the pop report for the entire 1935 release, and these two card numbers appear no more scarce than other commons from the same series, 61-72.

I don't really have an explanation as to what these blank-front sheets are that have numerous duplicated cards. The two sheets I've seen that have fronts each feature exactly twelve cards. One is 1936, cards 85-96, and the other is the "1937" uncut sheet that I believe actually dates to 1936 (ah, and is also the subject of my next article). :-)

Thanks, the balanced PSA population report tells me there's a limit of what we can learn about print quantities from these scrap sheets. Perhaps Chicle discarded these backs because they decided on a new card arrangement prior to final production and these went into a closet or dustbin.

It's been great to read all those in-depth 1930s articles at SABR and I encourage all of my readers to check them out!